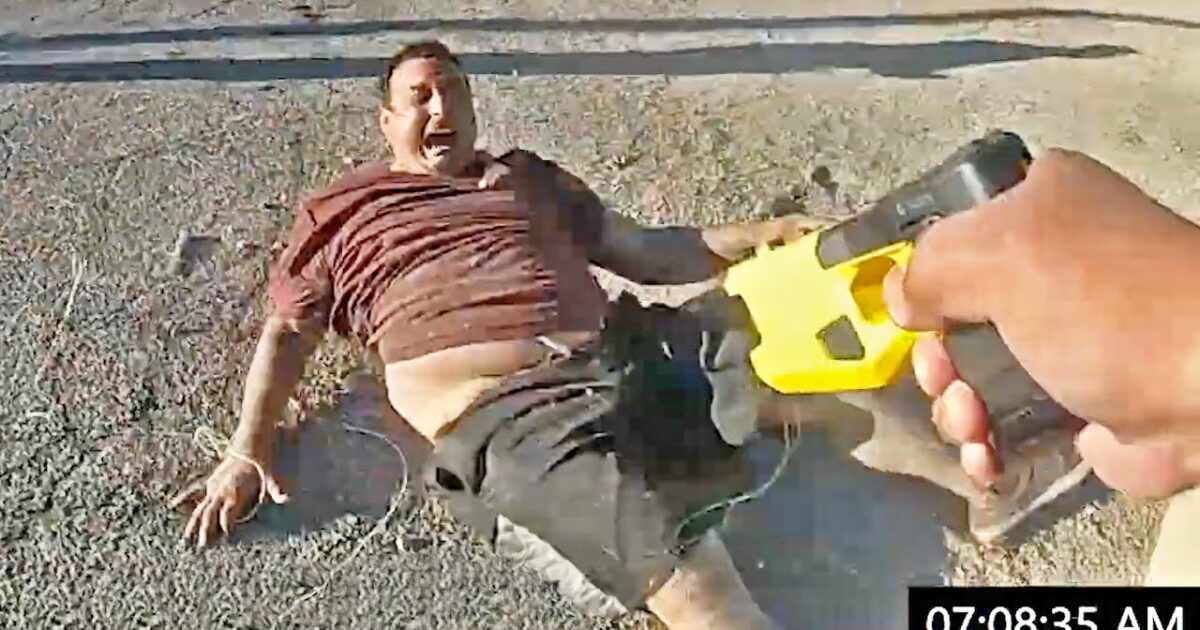 I’m sure everybody has been in at least one situation where they saw something crazy, but couldn’t look away, that’s what we have here in this situation, we got a crazy guy on a roof, screaming and yelling and when the cops showed up, it just got worse (if you can believe that).

Thank God the suspect didn’t have a gun, but he still had  a knife in one hand and a brick in the other and he was on a neighbor’s roof just making a spectacle out of himself. Thank goodness the police used good judgment and were able to get the situation under control without anyone getting killed.

This whole thing could’ve gone sideways in the blink of an eye, it is not known if the suspect was high on drugs, or just ass-over-tea-kettle drunk. What ever the case, nobody got seriously hurt, or killed, the cops got to go home in one piece (more or less) and the suspect got the medical attention he needed.

PSCD received multiple 911 calls regarding an erratic male who was on the roof of another person’s home and armed with multiple weapons. One caller advised that the man had consumed a drink that made him “trip out.” Two TPD officers responded to the scene and discovered a man on the roof of the home armed with two knives.

The man, later identified as 34-year-old Jaime Herrera, shouted threats and other statements at officers. At one point, Herrera threw a brick at an officer. The responding officers called for additional officers to assist, including officers with Crisis Intervention Training (CIT). Herrera began running on the rooftop with a knife and brick in his hand.

Officers attempted to establish a dialogue with Herrera, in both English and Spanish, to de-escalate the situation and offer him water. Herrera made his way to the edge of the roof and onto a tree. He fell from the tree to the ground, still armed with a knife; at which time an officer deployed his taser.

A fight ensued as Herrera resisted arrest. One of the officers was able to kick the knife away from Herrera, who then ran toward the officer while yelling. The officer pushed him down. During the struggle that followed, Herrera bit down on the officer’s thumb. As additional officers arrived, they were eventually able to place Herrera in handcuffs and turn him on his side, also known as the “recovery position.” Officers noticed that Herrera appeared to be losing consciousness, and they urged him to stay awake.

TFD medics were cleared to enter the scene and began rendering aid and medical care to Herrera. A “bio guard”, which is designed to protect against the transmission of bodily fluids, was placed on his head and a WRAP device, which is the latest technology in restraint devices, was used to prevent Herrera from kicking or hitting anyone and to create a safe environment for both Herrera and the providers to treat Herrera and transport him to a hospital.

Herrera was placed onto a gurney and transported to St. Joseph’s Hospital. During the transport to the hospital, TFD paramedics continued to administer care and completed a rapid patient assessment, all in accordance with established medical protocols. The injured officer was also taken to a nearby hospital. While enroute to the hospital, Herrera had a cardiac event.

TFD Medics immediately began performing CPR and advanced life support interventions and continued those measures until they arrived at the hospital. Because of these actions, Herrera did regain a pulse and respirations. Nine days later, Herrera died at the hospital. It’s not clear what caused Herrera’s “cardiac event.”

*Even though nobody was seriously injured, for some reason you’ll still have to sign-in to YouTube to watch the video.