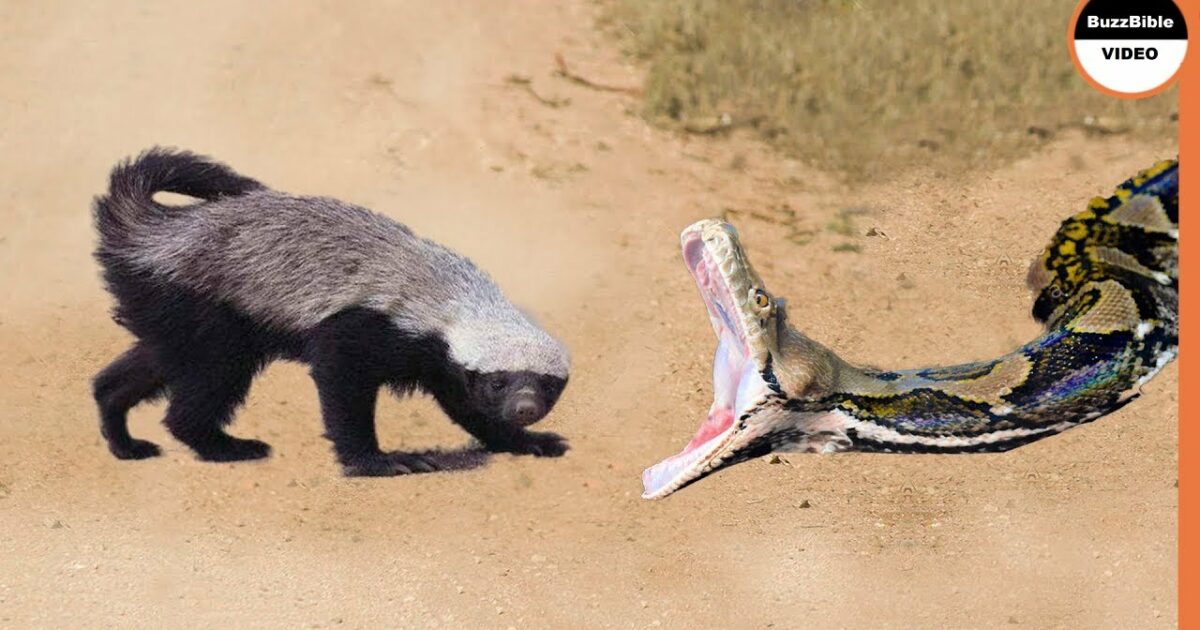 The Honey Badger is one of the fiercest animals in Africa, so don’t let is cute name fool you, even larger predators in Africa steer clear of this little beast and that’s saying something.

In the video below a Honey Badger decides that a African Rock Python is going to be it’s dinner and nothing is going to stand in the way of it’s prize, not even a pair of sneaky, hungry Jackals!

Honey badgers belong to a species of mammals that is widely distributed in Africa, Asia and the Indian subcontinent. This badger has landed on this python and is attempting to consume it. This savannah berserker is unafraid of the enemy’s length, and he understands there are no simple methods to assure he must up to the challenge and prevail.

Honey Badgers have many reasons to be fearless. They have very thick (about 1/4 inches), rubbery skin, which is so tough that it’s been shown to be nearly impervious to traditionally made arrows and spears.

The honey badger is notorious for its strength, ferocity and toughness. It is known to savagely and fearlessly attack almost any other species when escape is impossible, reportedly even repelling much larger predators such as lion and hyena. Bee stings, porcupine quills, and animal bites rarely penetrate their skin.

Sit back and watch as this fierce little creature endures what is almost certain death to collect a meal.