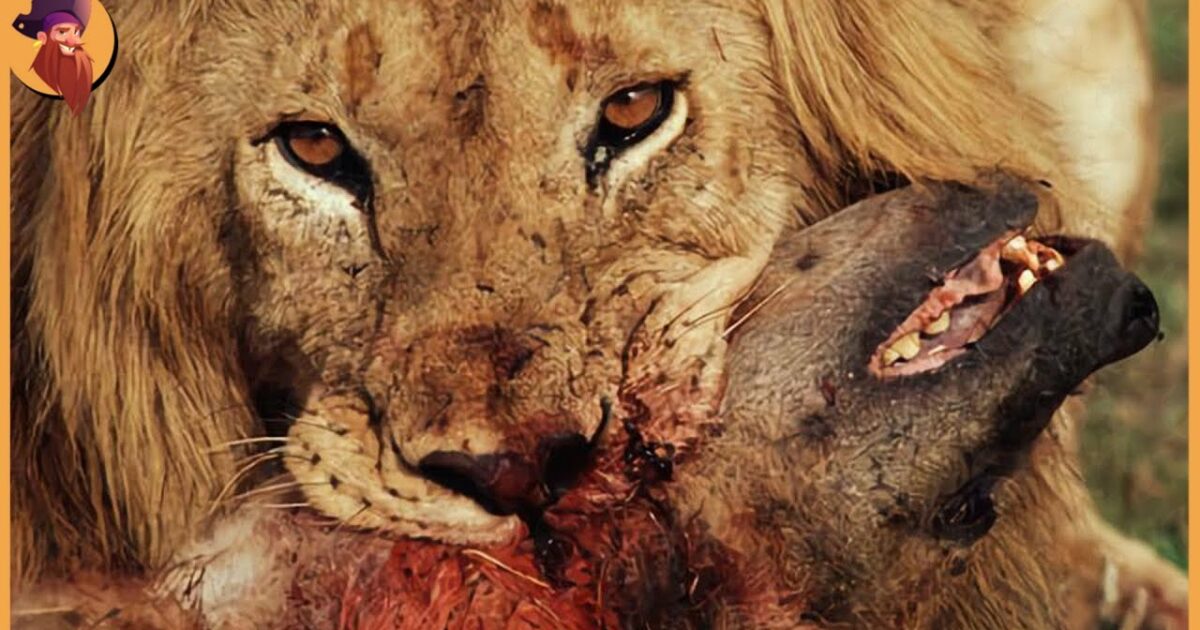 Some predators are not immune to attack from larger predators and as you will see in the video below, these attacks’ can be quite savage and horrific. Even though the smaller predators in the video are able to put up a good fight most of the time, in the end, size matters. Anything can happen in the bush. Sometimes, hunters can become the hunted. Have you ever seen wild dogs attacked by lions?

Do you think a mongoose has what it takes to fend off a marabou stork? If you want to know, keep watching, as we look at the top moments when carnivores are savagely and brutally hunted.

Predators are fewer in number than prey because they are higher up the food chain. In a food chain, an organism passes on only part of the energy it receives from food. With less energy, each level in a food chain supports fewer individuals than the one below it.

But sometimes predators like lions kill just for the sake of killing, especially when it comes to hyenas, lions and hyenas hate each other and if given the chance, a lion will kill the hyena, especially if it is all alone.

When it comes to snakes, everything is on the menu, no matter the size of the snake, if they can swallow it, it’s food. Of course, some animals can be considered both predators and prey. For example, a spider hunting for insects is a predator.

If a lizard eats the spider, though, it becomes prey. Even the Honey Badger, the hyena or the African wild dog  can be prey to a leopard, or a lion. I guess it all depends on just how hungry the leopard, or lion is, I think kills like that are split between hunger and opportunity.

But what ever the case, as the old saying goes; “There’s always a bigger fish” and even with mammals, sometimes highly efficient predators like the wild African dog and the hyena can end up on the menu.

The video is pretty good, but I think the narrator needs to “man-up” and put on his “big boy” pants and accept the fact that in the natural world, it’s kill or be killed. Remember folks, ‘real life’ isn’t like a Disney cartoon, animals live, they eat, they mate and ultimately, they always die and that’s just how it is.

If you have delicate sensibilities and can’t accept that, then maybe you shouldn’t watch the video.