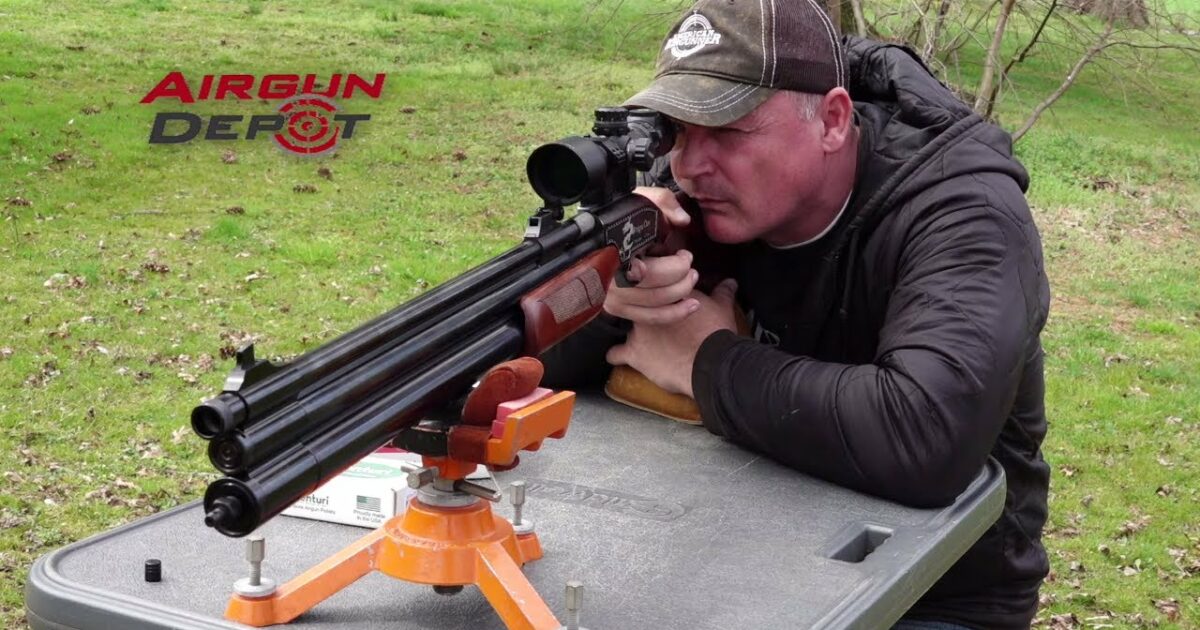 When  it comes to guns, who wouldn’t want to stick it to the government? Oh I don’t mean anything bad, or illegal, but just once I’d like to buy a gun that isn’t on some government watch list of firearms so that I can do what it is that I want to do- y’know, like hunt, or target shoot without some government pencil-necked bureaucrat drawing a line under my name on some form.

The interest in airguns is growing, maybe it’s because of increasingly restrictive gun laws that our government is imposing on us and the ability of airguns to skirt no-discharge ordinances, or because they’re just plain fun and the fact that our government isn’t messing with anyone who buys one of these guns is a big plus.

The most exciting segment of the airgun world is the so-called big bores, which fire projectiles larger than .25 caliber. Make no mistake, these guns aren’t backyard plinkers. They’re serious hunting guns built with big game in mind, producing enough energy to take deer- and hog-sized animals.

Big bore air rifles — in the . 357 to . 72 caliber range — represent a growing segment of the airgun market. In addition to the many regions in North America that permit these rifles to be used to hunt hogs and exotics, there are increasing opportunities to hunt deer, elk, pronghorn, bear and other game as well.

About the Seneca Dragon Claw:

The Seneca Dragon Claw air gun has two large air reservoirs, you have the luxury of getting more shots from a fill and do more hunting. It throws a .50-caliber projectile and gets 230 ft-lbs. of muzzle energy, giving you the power to compete with firearms when hunting. This rifle can humanely and quickly take out feral hogs, javelinas, coyotes, foxes, nutria, possums, woodchucks, raccoons and similar-sized animals.