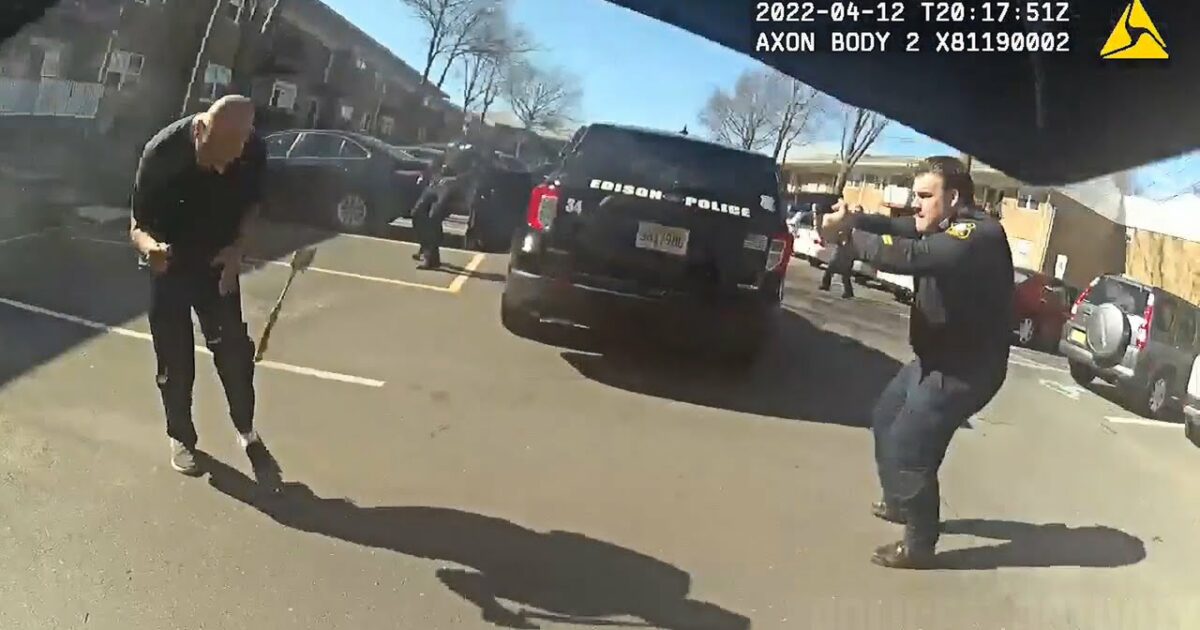 I have to wonder, on what planet would it be a good idea to send social workers out on a call like the one the police responded to in the video below. The suspect was obviously very disturbed and to make things worse, he was armed with an axe, which made him a clear and present danger to everyone around him.

If the authorities had sent an un-armed social worker to respond to a call like the one in the video below, I’m pretty sure that the end result would have been a dead social worker.

Try as they might and no matter what they said to attempt and defuse the situation, the suspect made the decision to advance upon the police. Even though the police drew their weapons and warned him, the suspect kept on advancing with his axe raised in his hand with the clear objective of doing serious bodily harm to the police officers.

This is a perfect example as to why we need armed police officers in our cities and not un-armed social workers to respond to a call like the one in the video below. I am very glad that no police officers were harmed during this altercation, sadly, I cannot say the same about the suspect.

Edison, New Jersey — The Attorney General’s Office released video footage from three body-worn cameras related to a fatal police-involved shooting that occurred on April 12, 2022, in Edison, N.J. The decedent has been identified as Merrill Rambarose, 49, of Edison.

The officers who fired their service weapons at Rambarose have been identified as Officer Daniel Bradley and Officer Joseph Elqumos of the Edison Police Department. According to the preliminary investigation, uniformed officers of the Edison Police Department responded to a 911 call made shortly after 3:45 p.m. reporting a male threatening an individual with an axe on Judson Street in Edison, N.J.

When officers arrived, they attempted to speak to Rambarose on his balcony. Rambarose then went inside his apartment and emerged moments later armed with a short-handled axe. Officers ordered him to back up and drop the weapon. He did not comply with the officers’ commands and instead charged towards the officers with the axe in his hand.

At this time, Officers Elquomos and Bradley both fired their weapons, fatally wounding Rambarose. An axe was recovered near Rambarose. Officers and emergency medical personnel rendered first aid to Rambarose, who was pronounced deceased on scene via telemetry at 4:41 p.m.