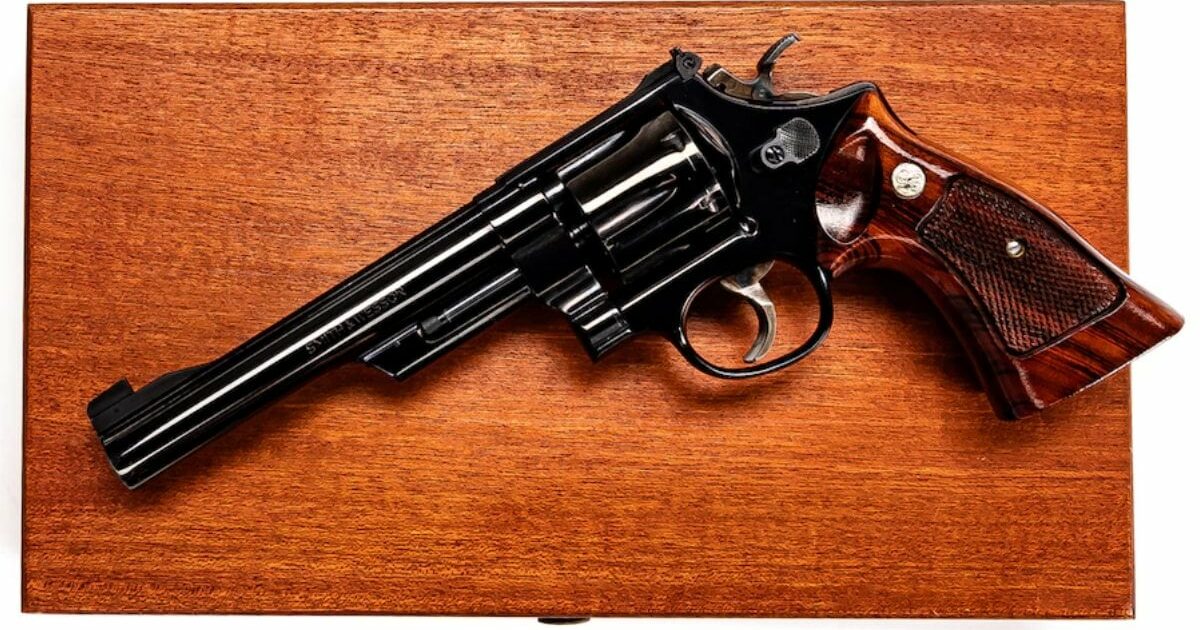 When you think of a really good revolver, thoughts naturally gravitate to Smith & Wesson, they make some of the best revolvers in the world and that’s no idle boast. And while S&W’s are known for several well made revolvers’, one of those that stands-out, is the Smith & Wesson Model 25.

The Model 25 is part of Smith & Wesson’s Classics lineup, essentially reissues of some of the company’s most influential firearms, but “enhanced with modern advantages.” In the case of the Model 25, the revolver is chambered in .45 Colt, originally a black powder cartridge that made its debut in the early 1870s mated to the Colt Single Action Army revolver.

Modern loadings opt for smokeless powder and are generally for use in historically significant firearms rather than with more modern, service firearms. In the video below, our old buddy Hickok45 demonstrates just what a really good pistol the Model 25 really is.

Here’s what the folks at Smith & Wesson have to say about this pistol:

Smith & Wesson makes it possible for you to own a piece of history-in-the-making with these Classic revolvers. They’re the finest new handguns possible with designs harkening back to the most famous and collectible guns that Smith & Wesson ever constructed. Each is based on a model known for legendary performance then enhanced with modern advantages. They’re the timeless best of both worlds,­ Smith & Wesson Classics.

Beneath the video I’ll a link to Smith & Wesson.com so you can take a look at the specs and price, but in the meantime, let’s take a look at how Hickok45 handles this pistol at the range.
If you want to check-out the Model 25, then click HERE.
Facebook Twitter