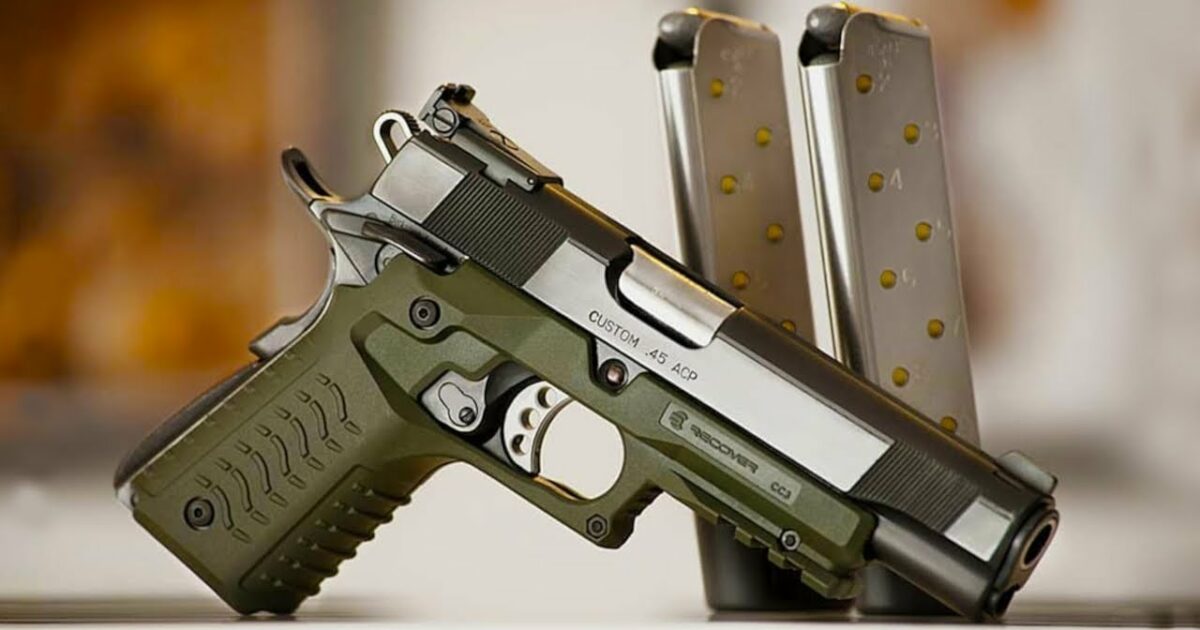 It’s got great stopping power , which to me makes up for lack of a large capacity magazine. I’m not saying that the 9mm isn’t a good gun, but for me at least, it’s just a matter of personal preference.

We live in a world where new whiz-bang pistol cartridges come along every 6 months or so. Thus begins the endless debate of caliber choice. However, the .45 ACP is a tried and true cartridge.

It has stood the test of time and remains the top performer for many handgun shooters. The most beloved self-defense round of all time may just be the .45 ACP or .45 Auto.

It was created by J. Browning and has seen major action in both world wars, as well as countless other conflicts. There is no other way to classify the round other than one of the single most effective man stoppers on the market.

This means that the .45 ACP is one of the first things that potential gun owners are going to shop for when they’re looking for a defensive handgun.

Most of the .45 ACP pistols you see on ‘best-of’ lists are a batch of the newest 1911 rehashes that really only appeal to folks who like that form factor. I love 1911-style handguns, but there are a lot more pistols out there that fire .45 Auto rounds.

This means there should be something on this list for most tastes, purposes, and most importantly, budgets. In the video below, we are going to take a look at 10 of the best .45 ACP pistols on the market.