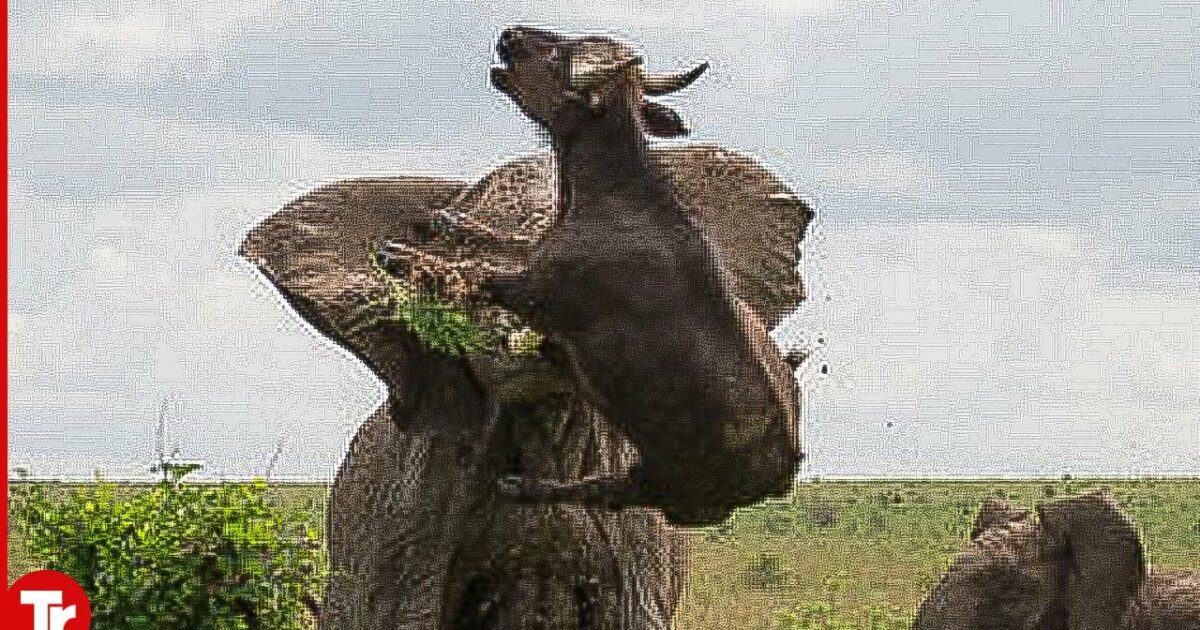 Elephants are the largest living land animals on the planet and while they mainly just want to eat and be left alone, once in a while (just like all creatures) they get pissed-off and throw themselves around. But unlike some large animals, like hippos, rhinos, or even cape buffalo, when an elephant gets pissed-off, everybody runs for cover…and I mean everybody !

Elephants are known to be quite gentle with other living beings even when they are in the wild. They go out of their way not to hurt other beings, including humans, unless provoked. This comes from the fact that they are quite intelligent, being the animals with the largest brains and memory.

There is this myth that elephants think that humans are cute and harmless; this is just that, a myth. Elephants in the wild see human beings as a threat, especially since many of them have had a bad encounter with people. Therefore, elephants in the wild do not like humans, just like they may not like other animals.

They not only remember people who were good to them and took care of them. Elephants also remember those people who hurt them or caused them any level of hurt, whether they met them when they were young, or older. Therefore, they may be aggressive towards such people when they identify them, like poachers in the wild.

Their good memory helps aid them them in their survival. They can remember watering holes, specific paths, burial spots, and other elephants that they have met in their life.

But just like all living intelligent creatures, elephants can have a bad day and when that happens, just get the hell out of their way. When you are the largest most powerful creature on the planet you can afford to be gentle most of the time, but when other animals cross their path, even the largest ones have to be careful around elephants.

Although they are herbivorous, Elephants are still the most intimidating animals in the wild, and even the most dangerous predators are scared of them.