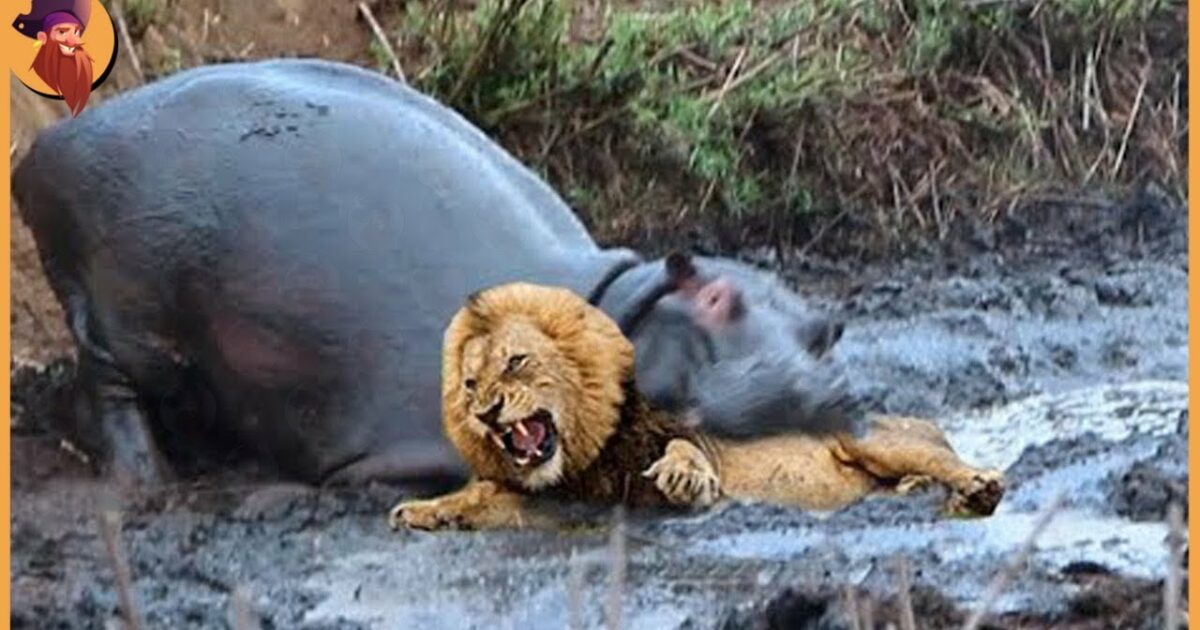 The hippopotamus is the third largest land animal on earth (next to elephants and rhinos) and while they may seem lazy and contented to lounge-about in a watering hole, or a river, that’s where the deception ends.

Hippos are fiercely territorial and are very vicious, if any animal is unlucky enough to invade their territory, then all bets are off and the hippos won’t think twice about tearing that animal to pieces and stomping their guts out.

Generally, hippo mouths measure 2 feet wide (from left to right) when closed. It’s when they open it, however, that it really gets big. Hippos can open their mouths 150 degrees, essentially a flat line from top to bottom. This is often used to display their teeth to a threat, but it also happens when they yawn.

People often assume that herbivores have harmless, unsharpened teeth. Most of them do, but not the hippopotamus. The hippopotamus has a complete set of heterodont teeth that includes incisors, a canine, premolars, and molars.

There are a lot of features that are odd for the hippopotamus –enormous bodies half-dipping in water, stubby legs, and thick, leathery skin without fur that sweat off blood-like fluids. Yet, one of the weirdest characteristics they might have is their dental structure. Unlike common herbivores, the hippopotamus does not just have leaf-crushing molars, but extra-long canines that can grow over a foot long.

As herbivores, you might assume that hippos only have flat teeth like those of cattle, to help them grind their plant-based food. What’s surprising, however, is that these herbivorous mammals also possess incredibly sharp canine teeth along with their flat-ridged molars. These canines grow incredibly long and are used in fighting other hippos over food or mates.

This is what the producers had to say about their video:

Despite its intimidating appearance, the hippo is one of Africa’s most underappreciated creatures in terms of fearlessness and potentially violent disposition. Hippos are one of Africa’s largest animals, and they aren’t known for being cheerful, and they kill more people each year than lions, leopards, crocodiles, or any other significant predator. If you want to see how hippos’ rule, keep watching as we count down 12 times hippos attacked their enemies.