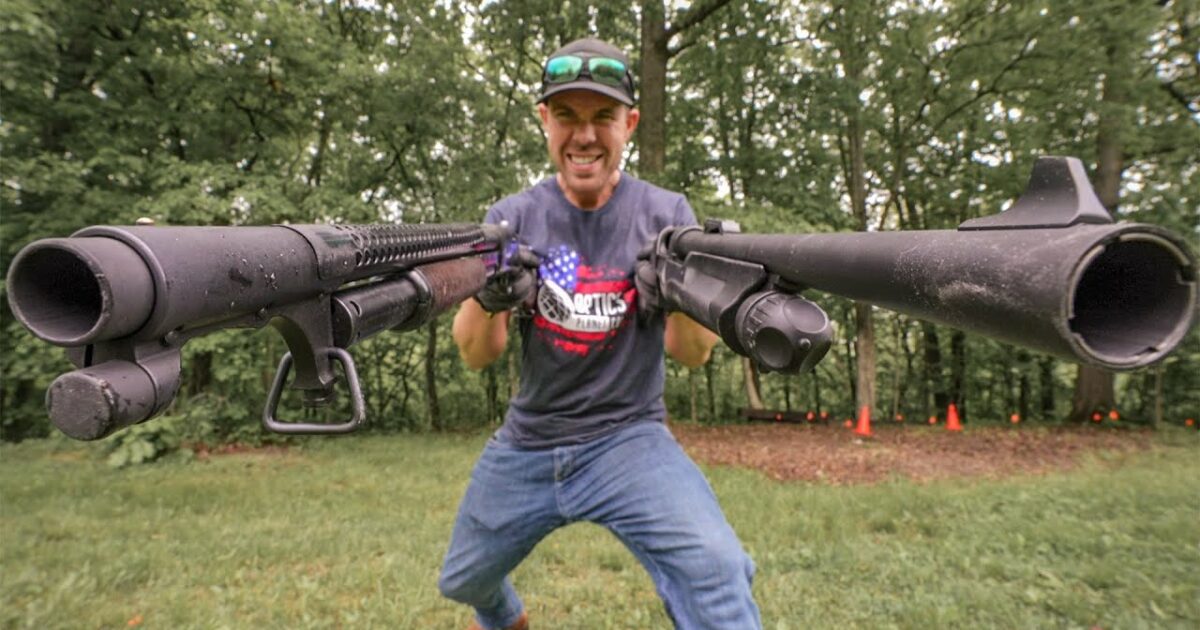 For those of you who do not know what a ‘slam fire’ shotgun is, let me clear that up for you right now. Unlike most modern pump-action shotguns, the Winchester Model 1897 (versions of which were type classified as the Model 97 or M97 for short) fired each time the action closed with the trigger depressed (that is, it lacks a trigger disconnector).

A slamfire is a discharge of a firearm occurring as a cartridge is being loaded into the chamber. Some firearms are designed to slamfire, but the term also describes a malfunction of self-loading firearms. The Winchester Model 1897 is probably one of the most well-known and widely recognized pump-action shotguns ever created.

Known not only for its widespread use in the Old West (as well as movies, shows, and even games centered around the Old West), but also for its notable use by US Soldiers in both World Wars and even the Vietnam War, the M1897 can be seen both as a military and police shotgun as well as just a good all-around shotgun for hunting and recreation.

The other shotgun used in the video is the Benelli SuperNova. The SuperNova features a high damage output comparable to the M590A1 that drops at a medium range. Compared to other shotguns, it has the slowest pump-action action rate which can be problematic when trying to fire multiple shots. Besides that, there are some folks that think the Benelli is one of the best shotguns in the world and they swear by them.

Watch the video and afterwards let us know in the comment section which shotgun you think is better, the Winchester, or the Benelli.