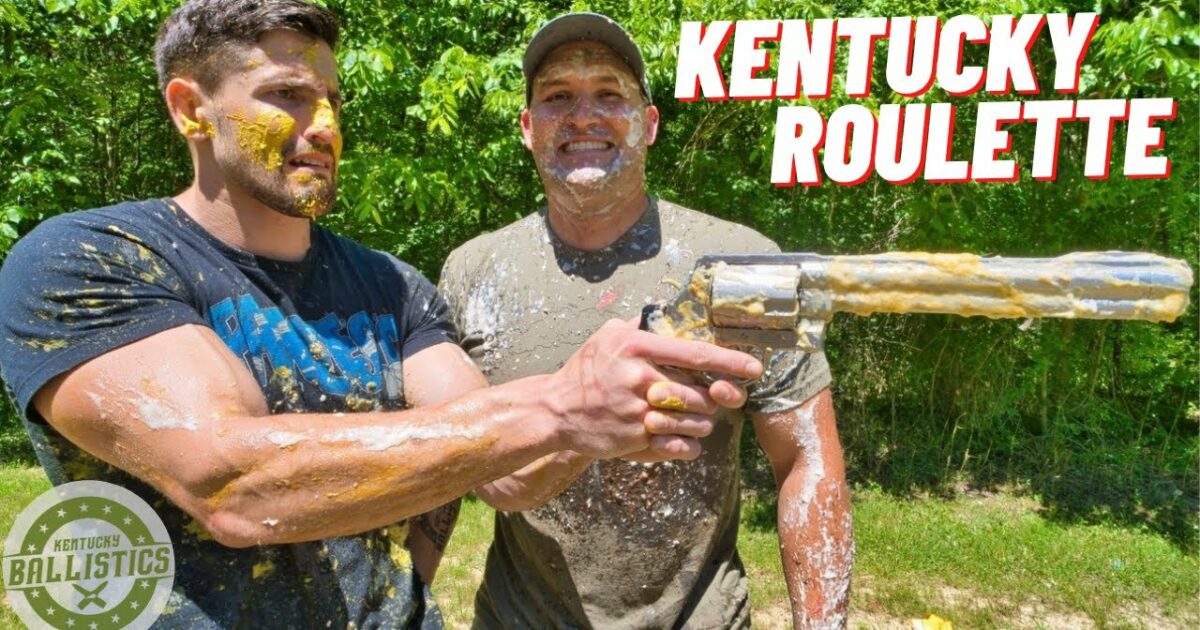 Normally when I choose one of Scott’s videos, they’re pretty entertaining and he usually has a cool new gun to show-off. Well, shooting a 500 Smith & Wesson Magnum is not for the faint of heart, not that many folks can handle a hand-cannon like this and to do what they plan to do, is even more of a challenge.

But instead of talking about the gun, let’s concentrate on Scott’s guest in this new episode of Kentucky Ballistics.

His name is Houston Jones and from what I read on the internet:

Houston Lenny Jones professionally known by the name Houston Jones, is an American YouTuber and a Fitness Model who was born in New Era, Michigan, USA.

Houston started his career as a Fitness Model and regularly uploads his fitness videos on his YouTube channel.

Jones got his body building inspiration from his uncle who was a professional body builder and got serious about fitness and started to focus on his fitness after seeing his uncle’s dedication towards fitness.

Houston came into limelight when he began uploading his fitness videos on his self-titled YouTube channel. He has over 1.5M Subscribers on YouTube and around 108K followers on Instagram.

Apparently, Scott and Houston are good friends and there have been alot of requests by Scott’s YouTube followers for him and Houston to do a video together. Well, to those folks I say, it looks like you got your wish!

Scott & Houston are going to play a rousing game of ‘Kentucky Roulette’, I don’t want to spoil it for you by telling you just what it entails, but let’s just say that you can bet your boots that it’s gonna be loud and messy as all heck!

So, sit back and try not to get anything on you!