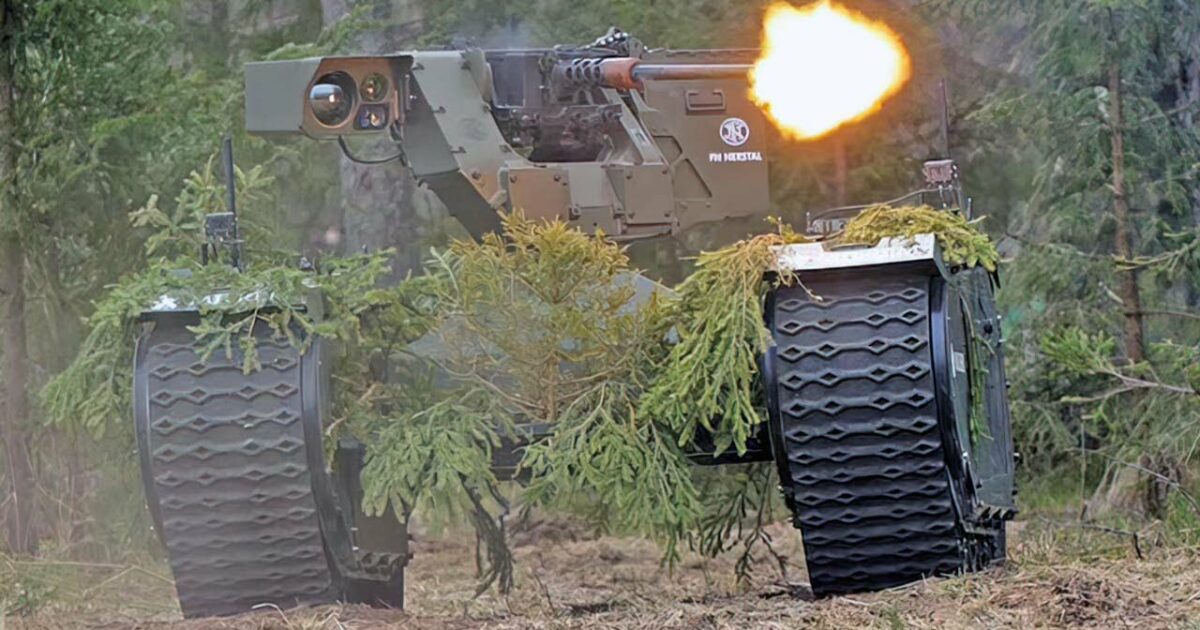 I’m all for technology on the battlefield, especially if it will save the lives of our troops. Un-manned robotic vehicles aren’t a thing of science fiction any more, they are a reality and I expect to see more machines like this in the years to come.

The UVG is a multi-purpose machine that can do just about anything, but most importantly, it will save lives. I wish we had stuff like this back in the 1970’s, it sure would have made things a whole lot easier for troops in the field.

Operationally proven during several exercises, experiments, and the anti-insurgency mission Operation Barkhane in Mali – the THeMIS is a multi-role unmanned ground vehicle (UGV) intended to reduce the number of troops on the battlefield. THeMIS’ open architecture enables it to be rapidly configured from having a transport function to being weaponized, performing ordnance disposal, or supporting intelligence operations according to the nature of the mission. THeMIS UGVs have been acquired by 11 countries, 7 of which are members of NATO, including Estonia, Germany, the Netherlands, Norway, the UK, and the US.

Carrying supplies and equipment in combat is often difficult for dismounted units. Due to the soldier’s physical limitations, the weight of additional equipment and heavy weapons often restrict what the soldier can take into battle. The purpose of the THeMIS Cargo is to reduce the cognitive load of soldiers and provide a means to carry and utilize extra gear and firepower. The THeMIS Cargo will increase the mobility of dismounted units and make them more effective against the adversary. The THeMIS Cargo can also be used to support on-base logistical activities and for last-mile resupply.