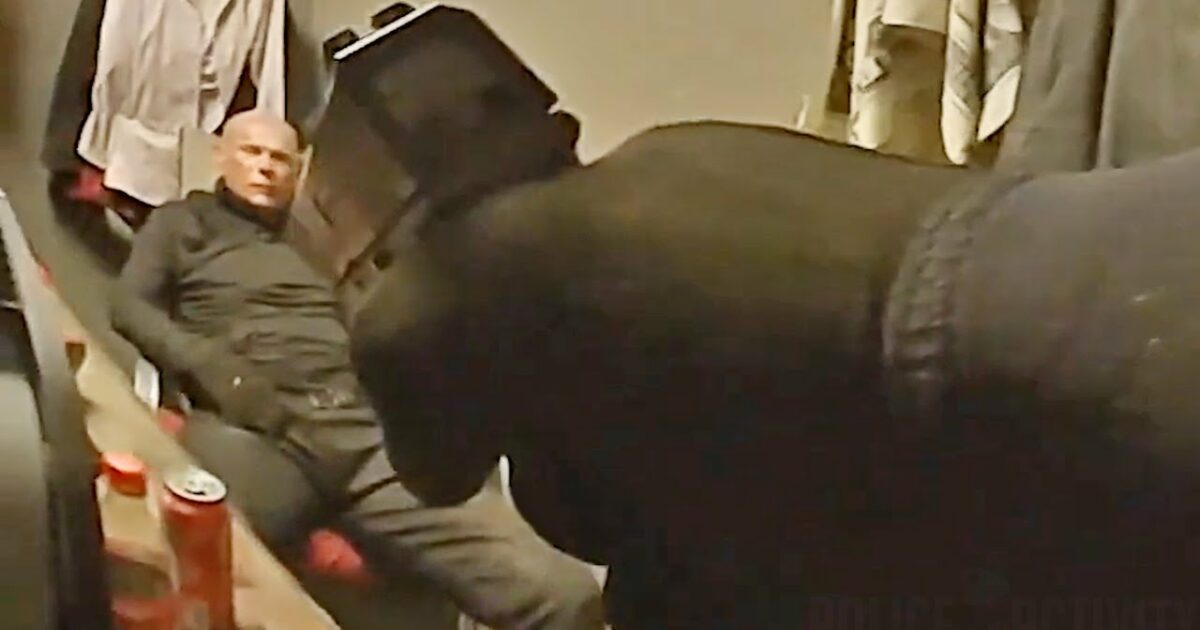 Crime is out of control in the United States of America, in this the second decade of the 21st century. It’s almost as if we have been transported back to the 1920’s and 30’s when Prohibition and the Great Depression were going on.

But unlike then, this crime wave is entirely man-made, specifically made by the democrats who are in charge, when you don’t prosecute criminals, they always commit more crimes, that is until they are shot and killed by the police.

I seriously do not know what goes through someone’s mind in a situation like this, to reach for a firearm when a police officer is standing right in front of you with his weapon drawn, do you really think you are going to get the drop on the cop(?!?)….I don’t think so.

But, nobody ever said that criminals were all masterminds, even though they think they are, when they do stupid things like the moron in the video below did, it almost always ends-up with the suspect going to the morgue in a body bag.

As for me personally, the more criminals that are killed by the police, the less we (the law abiding tax payers) have to spend housing, clothing and feeding them while they hang-out and lift weights in prison.

I know that sounds cold, but a large percentage of these idiots don’t get rehabilitated while in prison, all they do is bide their time until they get paroled and as soon as they get out, the first thing they do, is re-offend.

So, from a financial standpoint, it’s better when they get shot and killed while committing another crime, that way they aren’t a burden on the law abiding citizen who pays for them to lounge-about while in prison.

This is a description of what you will see and hear in the video below:

Houston, Texas — The Houston Police Department released bodycam video of a deadly officer-involved shooting that happened on April 9 in northwest Houston. Police said the suspect, identified as 48-year-old Richard Nichols, was trespassing at a business harassing people before officers were called to the scene.

Officers obtained Nichols’ description and learned he had a parole violation for organized criminal activity. The officers arrived at the location and found Nichols in a small room inside the business with a gun on the table. While officers were giving Nichols verbal commands, he reached for a gun.

At that time, officers discharged their weapons, striking Nichols several times. Nichols was transported to an area hospital where he was pronounced deceased.