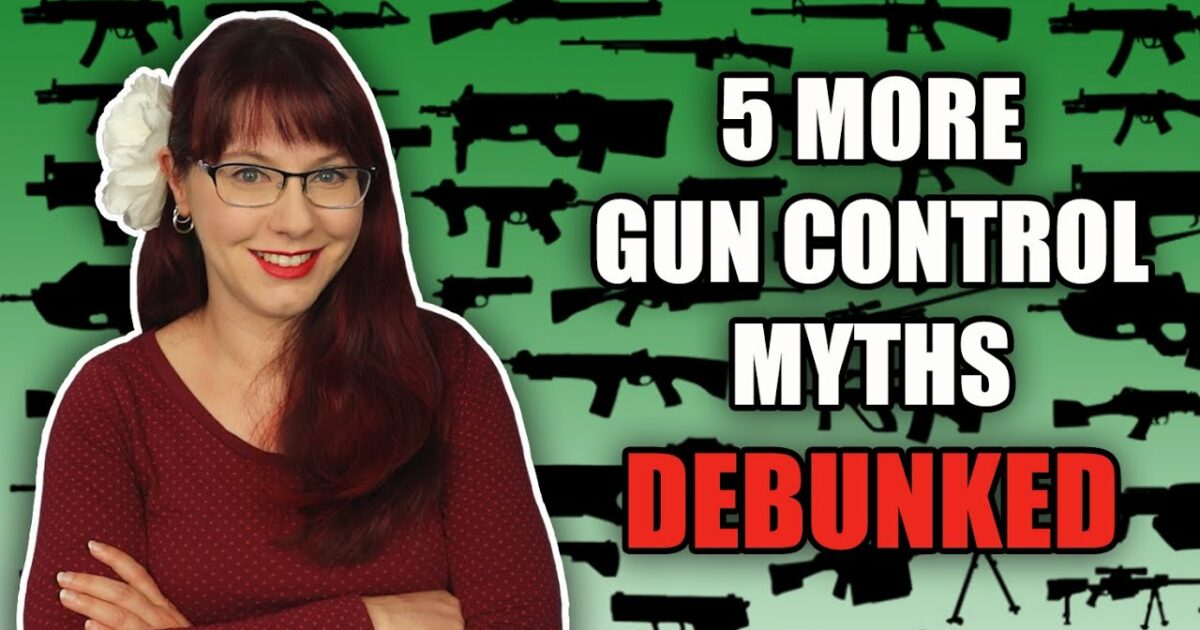 The reason I’m placing this video in one of my articles is very simple, we just had another ‘mass shooting’ in Buffalo, New York and yes the shooter just happened to be a white guy (an 18 year old kid to be exact).

There have been many mass shootings over the last 18 months, but the shooters didn’t fit the Democrat’s and mainstream media’s narrative because in most (if not all) of those cases, the shooters were people of color.

Every time there is a mass shooting, the first thing those on the left scream about, is ‘tougher gun laws’. But funny thing is, in most of those cases, they occurred in states with already really strict gun laws.

But like I said, in the case of the Buffalo shooter, the suspect was a white guy and now we’ll here about it non-stop up until the elections in November.

But I wanted to get a handle on this before it really gets too out of hand and debunk most of the ‘gun myths’ that the media and the democrats will be screaming in your face until then.

The reason I’m using “Liberty Doll’s” video is pretty simple, the gal knows her stuff and I thought I’d help her get her videos seen by more freedom loving folks (like you).

Beneath the video I’ll place a link to “Liberty Doll’s” website so that you can check it out for yourself, as for me, I’m subscribing to her YouTube channel and will be using more of her videos in the future here at Great American Outdoors.

In the meantime, kick back and enjoy the video, that way when your liberal friends start screaming that we have to ‘ban all guns’, you can hit them back with some ‘facts’ about gun laws. Because as we all know, liberals just LOVE facts!