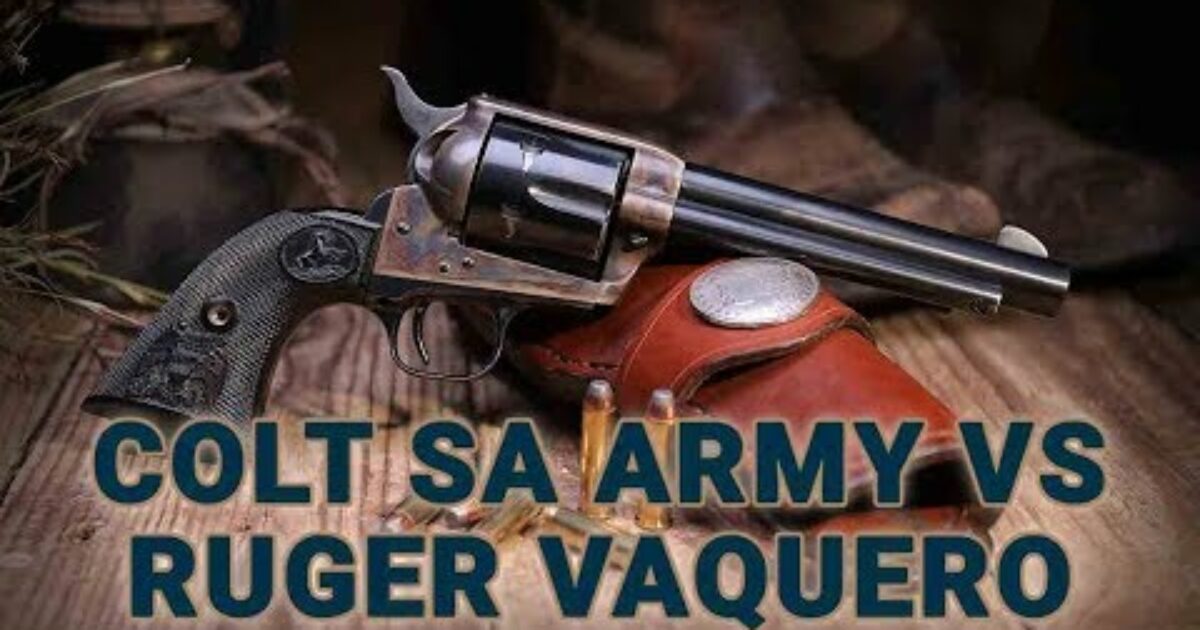 Almost every single man living in the United States of America who was born between 1940 to 1960 has heard of the colt Single Action Army six shooter, also known as the ‘Peacemaker’. All of those men in that age group have also played ‘Cowboys and Indians’ (until the liberals ruined things) when they were kids (myself included) and again the Colt six shooter played a role there too.

Alot of us can remember sitting in front of our old ‘black and white’ television sets watching Wagon Train, Gun Smoke, Have Gun – Will Travel and a plethora of other television shows of that kind, they were the very definition of the old west to the average American kid.

Well, that was a long time ago, but the very essence of the old west still lives in our hearts, it represents a time when men were men and good guys wore white hats and they never went anywhere without their trusty six shooter in their holster.

Those days may be long gone, but they still live in our memories and we smile to ourselves when we think of them. The one thing that has never left us, is the six shooter, there are many gun manufacture’s that still make that iconic pistol. But, for the sake argument (and time) we are only going to talk about 2 of them, one being the Single Action Army made by Colt’s Manufacturing Company and the Vaquero made by Sturm, Ruger & Co.

Both are excellent pistols made by good companies, but for some, it might come down to price, the Colt being on the very expensive side coming in at $1,799.00 and the Vaquero costing $1019.00. Both pistols are exceptionally well made and will last you for an entire lifetime if properly cared for and they could be passed down from father to son.

But, nobody is saying that you ‘have to’ buy either of them, there are plenty of other manufacture’s out there that offer a very similar gun at a lower price.

The reason I’m talking about these two particular guns, is because of the popularity of the Cowboy Action Shooting competitions, a sport that started in Southern California in the 1980’s and has spread all over the world. The men that compete in this sport seem to prefer either the Colt, or the Ruger because they are so well made.

The Colt SA Army and Ruger Vaquero are two popular options for those looking to wet their feet in the world of Single Action Shooting Sports. With a variety of wheelguns at their disposal, what is it about these two that is so appealing for Single Action shooters? Watch the video and let us know what you think in the comment section below, would you go with the Colt, or the Ruger?