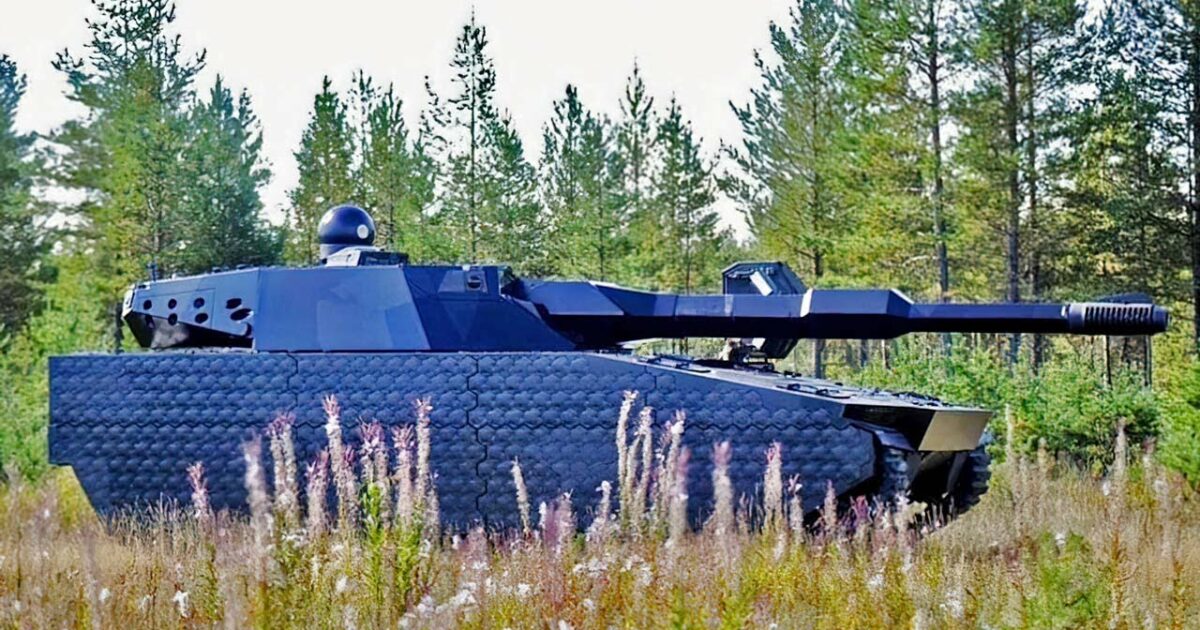 The formidable Swedish CV90120 light tank has recently received an astonishing upgrade that almost seems to push the armored vehicle into the realms of science fiction.

Already possessing some of the most impressive mobility-to-firepower ratios in the armored combat vehicle industry, the CV90120 is now undergoing the addition of the Ghost ADAPTIV infrared camouflage system, which is sure to make the light tank a remarkable asset in the arsenal of future warfare.

Because the most effective anti-tank guidance systems like the one used by the US Javelin rely on infrared detection, having an armored vehicle that can effectively mask its infrared trace and even disguise it to fade into the environment is a significant achievement.

If the project continues as planned, the CV90120T will be able to deliver devastating firepower while remaining technically invisible to the enemy… A proper ghost tank!

Imagine making a tank invisible with a cloaking device that is capable of masking the vehicle’s infrared signature to enemy eyes, and the significant advantages this would hold on the battlefield.

It sounds more like a scene from a Harry Potter movie, but BAE Systems is making the reality possible by developing a unique camouflage system called ADAPTIV, that allows a vehicle to blend into its surroundings, effectively becoming invisible to hostile thermal imaging systems.

With peacekeeping operations now often taking place in deserts, as well as forests and towns all in the same day, ADAPTIV is capable of shielding large pieces of military equipment from detection by allowing vehicles to mimic the temperature of their surroundings to suit varying terrain. It can also make a tank look like other objects, such as a cow or a car, or bushes and rocks.