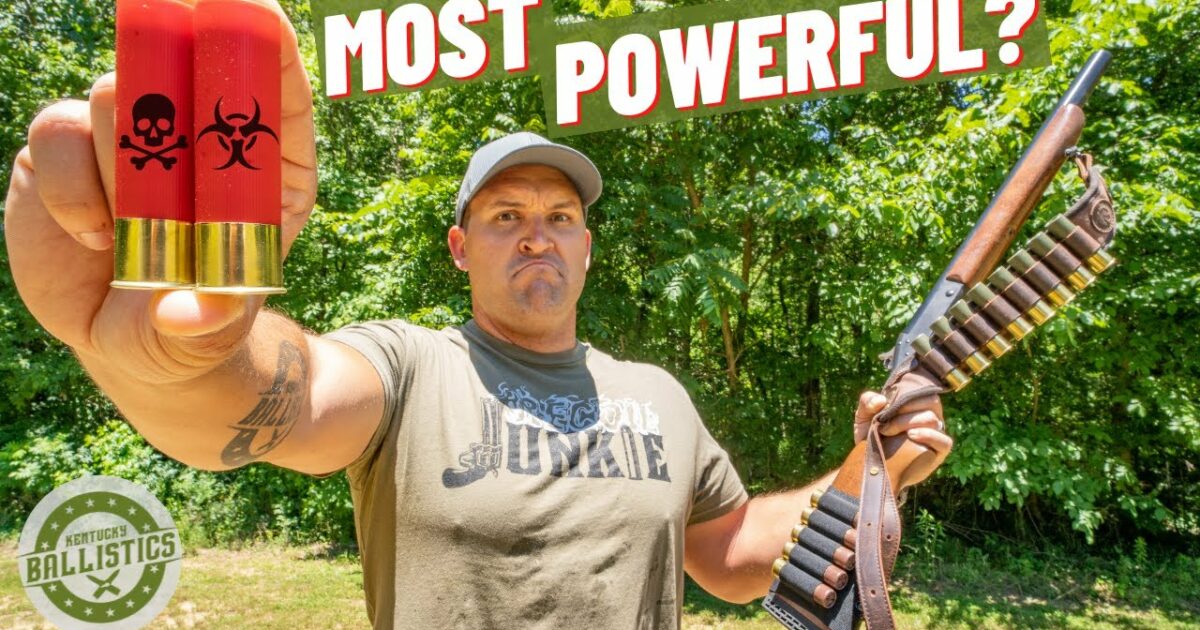 Now I’m sure alot of you guys have seen several of my articles regarding shotgun ammo & slugs here at Great American Outdoors and I know I’ve published a couple of previous pieces about 10 gauge shotguns, but this is something a little more intense. Scott has decided to pull-out all the stops and use 2 of his 10 gauge shotguns and fire some pretty heavy duty ammo and slugs through them to see just how much carnage he can do.

One of his shotgun’s is going to be a New England Pardner 10 Gauge Single Shot Shotgun and the other is going to be the Browning BPS Pump-Action 10 Gauge shotgun. The ammo that Scott will be using is quite a bit more heavy duty than one would use for a 12 gauge and I’m sure that whatever he’s going to be shooting at is going to explode into teeny, tiny, little bits!

Now, normally I would place the specs on the firearms and ammunition that Scott is using in his videos here in the article so that you could go over it before the shooting starts, but I decided to include links instead so that you could go directly to the source and see for yourself.

So instead of having a bunch of distractions, just go ahead and watch as Scott destroys a bunch of stuff and afterwards you can click on the links okay?