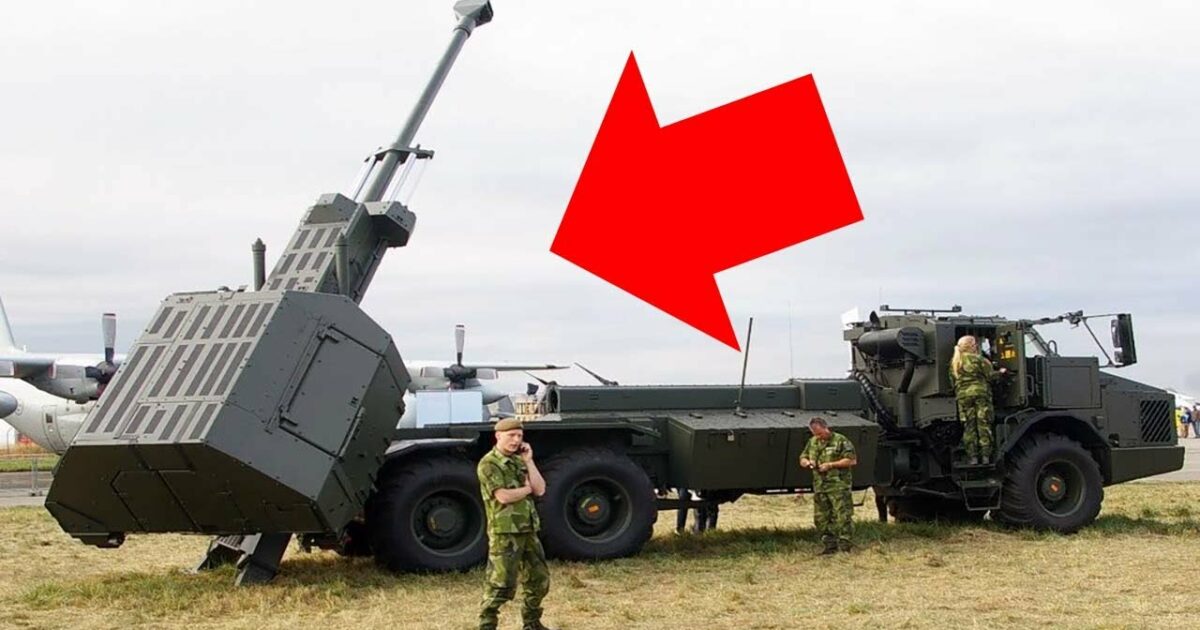 Ground troops have always feared artillery, when attacking an enemy position, ground forces are completely vulnerable to artillery attacks and that can mean total defeat to an attacker.

But with todays technology, your enemy can use your own artillery against you, by calculating where your artillery attacks are originating from and launching an artillery, or airstrike of their own against that position.

If there is one thing that we’ve learned about heavy artillery in the last 100 years, if it’s mobile, then your enemy can’t zero in on it’s location and launch a retaliatory strike on it’s position.

Having such a large piece of artillery like a 155mm, if you can move it around at will, then your enemy can’t destroy it if they can’t find it and that was precisely what the Archer Artillery System does.

The Archer Artillery System is a self-propelled artillery mechanism armed with a powerful 155-millimeter howitzer capable of a range of 50 kilometers.

Conceived in the last years of the Cold War, the ARCHER system was so ahead of its time that its development could not be undertaken until decades later.

The Swedish military consistently explored the concept for several years, but the promise of a more advanced mobile firepower system did not materialize until the late 2000s.

At 70 kilometers per hour, the wheeled artillery platform covers strategic, operational, and tactical mobility tasks indistinctly. With its newest version launched in 2019,

ARCHER’s ability to be ready to fire in 20 seconds and be moving again within 20 seconds of firing its last round also puts the system in a class by itself. ARCHER has a standard crew size of three but can be operated by a single person if needed.
Whether it’s the version of the ARCHER developed for the Swedish Army, or the new one for potential international customers, ARCHER offers a unique capability when it comes to mobile firepower.
Facebook Twitter