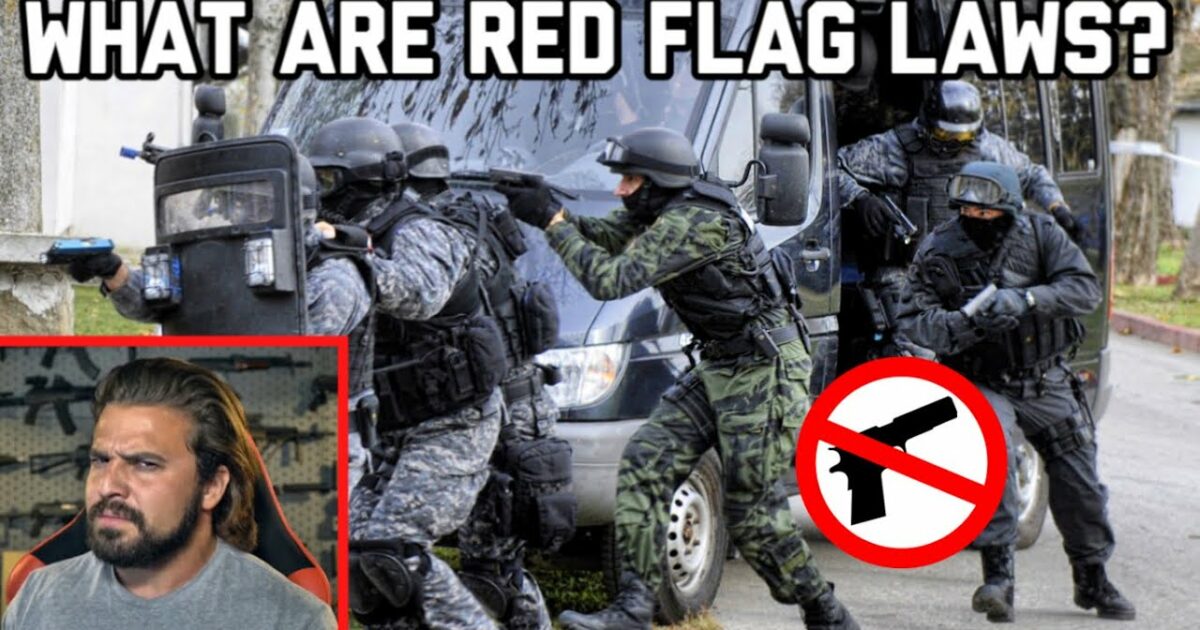 After the recent mass shooting in Texas, Democrats have been screaming for more “common sense gun laws”, all supposedly to “curb gun violence”, but that isn’t the reality, what they really want to do, is take away your 2nd Amendment rights completely and with the passage of the recent “Red Flag Gun Laws”, they have almost achieved their desired goal.

Now, if someone “thinks” you are a danger to yourself, or someone else, all they have to do is call the police and tell them they “think, you are going to do something ‘bad’ with a gun” and the next thing you’ll hear is the police knocking on your door ready to take your firearms. Now, without due process, the police can come into your home and take your legally owned firearms away from you…I call that “Gun Confiscation”!!

Red Flag Laws, or Extreme Risk Protective Orders, allow for the confiscation of firearms legally possessed by individuals who are ‘accused’ of being imminent dangers to themselves, or others. They were all intentioned laws and Unconstitutional right out of the gate. Red Flag Laws are advertised as legislative solutions to gun violence, that infringe upon Americans’ inalienable 2nd, 4th and 10th Amendment Rights.

So how do Red Flag Laws work? In communities where they are implemented, Red Flag Laws allow Police, family, and others the right to petition a court to confiscate the firearms of a third party if they are portrayed as an imminent danger. But aside from being unconstitutional, Red Flag Laws create dangerous scenarios for both the individuals subject to them and the law enforcement officers attempting to enforce them.

Allowing third parties to request the confiscation of law-abiding citizens’ firearms lead to violations of the Constitution and the individual liberties of American citizens. Statistics show that thousands of Red Flag petitions have been filed in the 18 states and Washington, D.C., since these laws were first enacted in 1999, with the majority coming in recent years following the Parkland Shooting in Florida. It is not clear however, how much these unconstitutional laws have decreased violent gun crime beyond other Federal regulations already on the books.

If you found all of this confusing, the video below is from YouTuber Brandon Herrera and he has produced a video called “Red Flag Laws For Dummies”, where he explains what Red Flag Laws are and just how they will affect you.