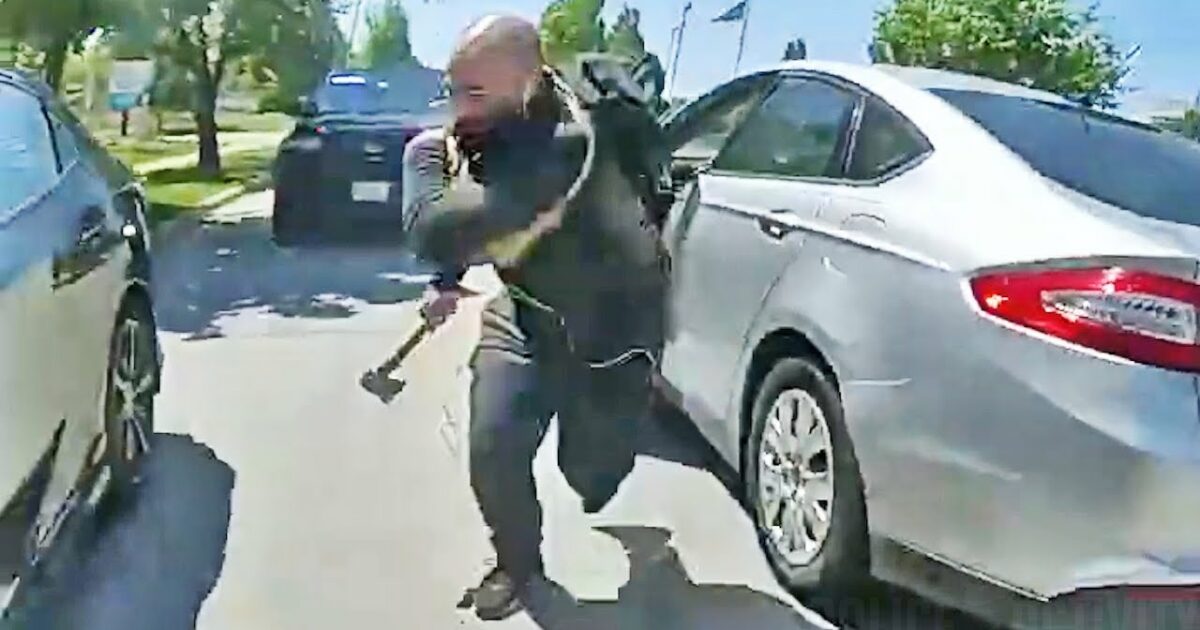 Welcome to 2022, where just being a police officer is liable to get you killed for no other reason, than wearing the uniform. There was absolutely no reason for the suspect in the video below to do this, other than he wanted to kill a cop.

Well, like the saying goes, ‘play stupid games, win stupid prizes’ and he certainly got one, that’s for sure.

Also, we have to not only blame the suspect here, but the idiot liberal politicians and district attorneys across the country, they have defunded and emasculated police and in effect, painted a target on their backs, with their soft on crime policies.

While these same corrupt politicians enjoy armed security details 24-7, the cop on the beat doesn’t know if he/she will ever see their family again once they clock-in for their shift. Politicians like Lori Lightfoot don’t give a tinker’s dam whether cops who serve the City of Chicago get killed or not.

That’s because Lightfoot is too busy acting like an idiot, screaming insults at people during press conference’s who dare to call her out on her incompetence and mishandling of the city she has sworn to protect and serve.

Well, this is one Chicago police officer who will go home to his family, no thanks to that idiot Lightfoot.

Naperville, Illinois — Naperville police released videos of an officer fatally shooting a man who was charging him with a hatchet while he conducted a traffic stop on June 3, 2022 in the western suburb.

The officer, who is a 22-year veteran with the department, fired six shots, striking 28-year-old Edward Samaan, police said. At 11 a.m. on June 3, 2022 a Naperville Police Officer conducted a traffic stop on northbound Bond Street, north of McDowell Road on Naperville’s northwest side.

Approximately 12 minutes into the stop, an uninvolved vehicle pulled up next to the vehicle the officer had pulled over. Samaan quickly exited the vehicle and immediately charged at the officer with a hatchet in his hand.

The officer, a 22-year veteran of the Naperville Police Department, discharged his firearm, striking the Samaan. Samaan was transported to an area hospital, where he was pronounced deceased. Neither the officer nor any bystanders were physically injured.

*Due to the graphic content of the video, you will have to sign-in to YouTube to verify your age before watching. And I should also stress, that the footage in the video is extremely graphic in nature