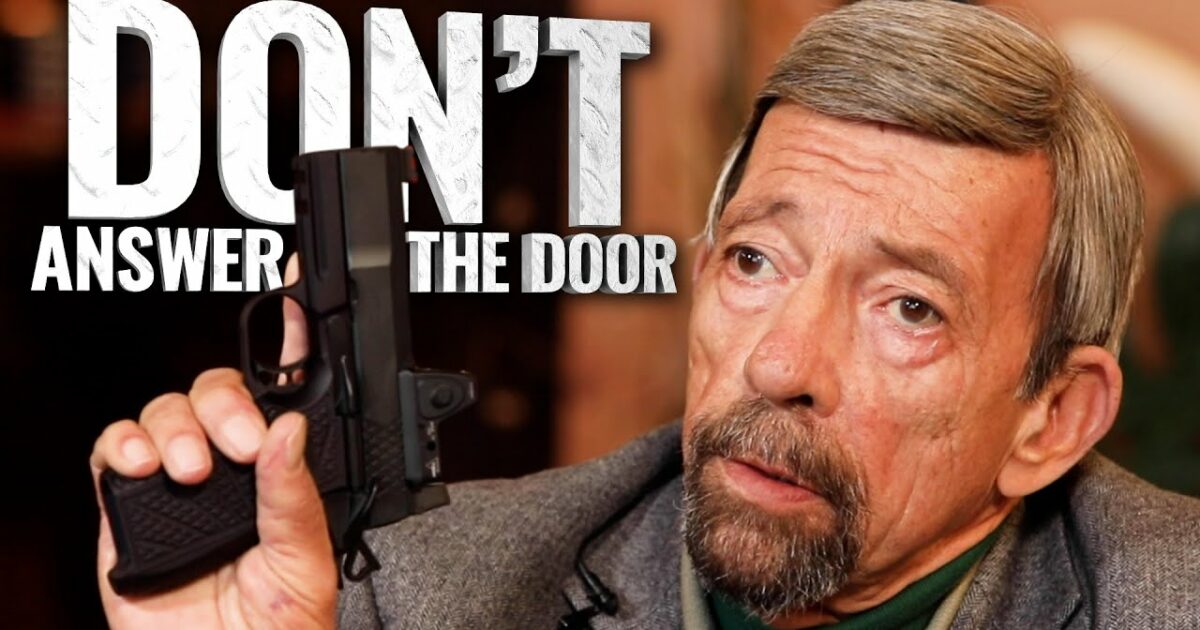 What do you do when there is a knock at the door at 3:00 AM? Chances are it ‘might’ be the police, but one never knows for sure and since you’re going to be half asleep right then, you don’t want to open it without knowing for sure just who is on the other side. Yes, there is a ‘right way’ and a ‘wrong way’ to do this and that’s what the gentleman in the video is going to talk about.

Massad Ayoob has been handgun editor of GUNS magazine and law enforcement columnist for AMERICAN HANDGUNNER since the 1970s and has published thousands of articles in gun magazines, martial arts publications, and law enforcement journals. He is the author of some twenty books on firearms, self-defense, and related topics, including “In the Gravest Extreme” and “Deadly Force,” widely considered to be authoritative texts on the topic of the use of lethal force.

The winner of the Outstanding American Handgunner of the Year Award in 1998, Mas has won several states and regional handgun shooting championships. Ayoob was the first person to earn the title of Five Gun Master in the International Defensive Pistol Association. He is the current President of the Second Amendment Foundation. He served 19 years as chair of the Firearms Committee of the American Society of Law Enforcement Trainers, and several years as a member of the Advisory Board of the International Law Enforcement Educators and Trainers Association.

In addition to teaching for those groups, he has also taught for the International Association of Law Enforcement Firearms Instructors and the International Homicide Investigators seminars. Mas has received judicial recognition as an expert witness for the courts in weapons and shooting cases since 1979, and served as a fully sworn and empowered, part-time police officer for 43 years, mostly at supervisor rank.

Ayoob founded the Lethal Force Institute in 1981 and served as its director until 2009, and now trains through Massad Ayoob Group. He has appeared on CLE-TV delivering continuing legal education for attorneys, through the American Law Institute and American Bar Association, and has been retained to train attorneys to handle deadly force cases through the Armed Citizens Legal Defense Network. Ayoob served for two years as co-vice chair of the Forensic Evidence Committee of the National Association of Criminal Defense Lawyers. He also appeared in each episode of Personal Defense TV (Sportsman’s Channel).

Okay, so I think we can all agree that Mr. Ayoob knows what the heck he’s talking about, but just incase you still have any doubts, you can always consult an attorney, or your local police department.