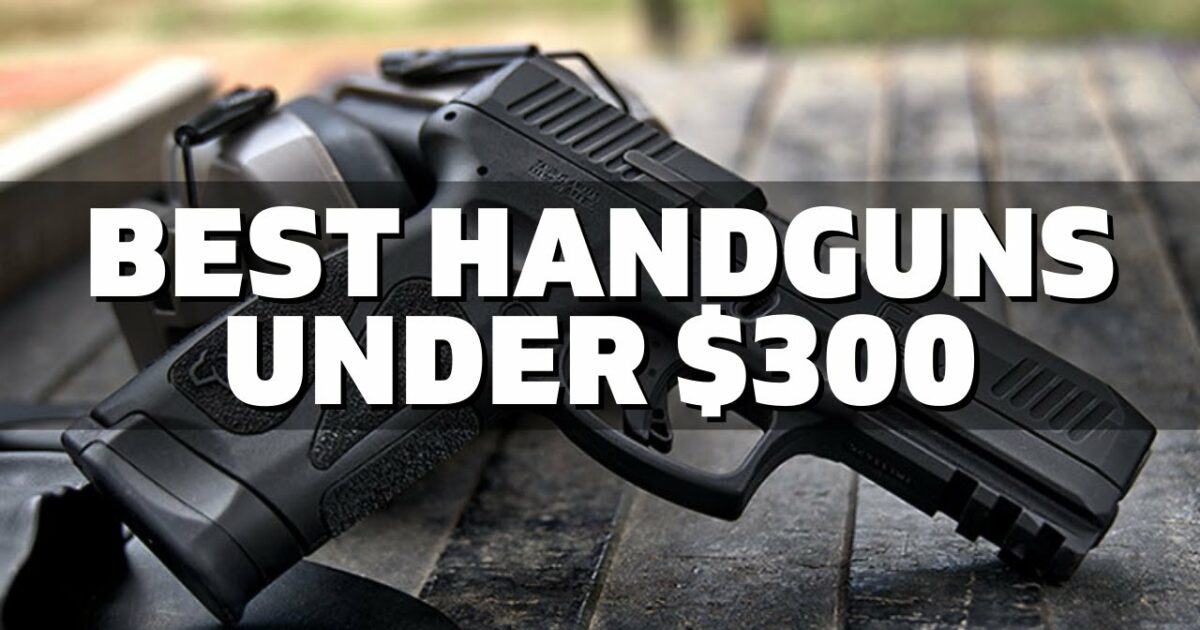 Just because something is inexpensive, doesn’t mean it’s no good. But when it comes to guns, folks are naturally leery about any gun that is low priced, or ‘cheap’.

Right now most Americans are struggling just to fill up their gas tanks and so they have less money in their pockets to spend on a gun for personal protection. But after watching the video below, hopefully, it will give you some idea about which gun you can buy without spending a fortune.

If you’re on a budget, but still need a solid handgun for target shooting, or self-defense, you have to believe that a good and dependable pistol under $300 is possible.

However, it will be really difficult at first. Many people avoid buying a pistol that is below a specific price level because they are afraid of getting a cheaply made model that would break soon after usage.

I have written several articles here at Great American Outdoors which showcase several inexpensive firearms, some of which I have either owned myself, intended to buy, or have used at the range.

Also, buying a used gun should be an option, especially if your cash flow isn’t where you want it to be right now. One thing to keep in mind is, if you are in the market to buy a gun right now, you should do so before Congress passes more restrictive and unconstitutional gun laws.

I have  had pretty good luck finding good used guns in my local pawn shops and pawn brokers are more prone to bargain with you than those folks who sell brand new guns. But, as a starting point, it is always good to have an idea as to what gun you want, that way you can do some research before you are ready to buy.