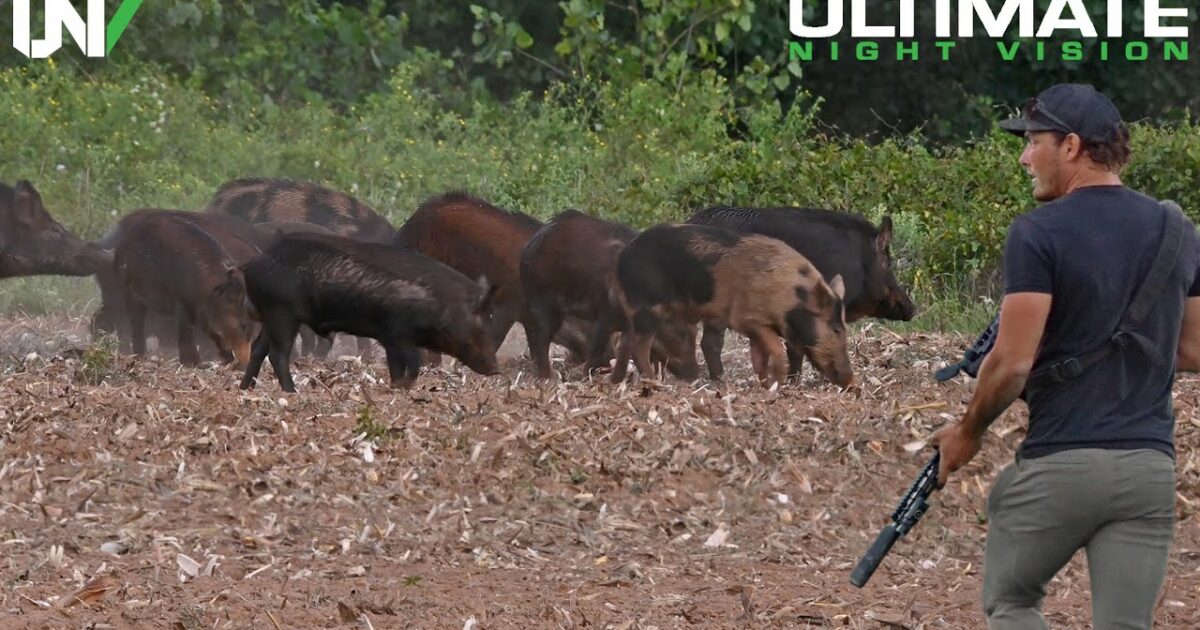 Feral hogs are not ‘cute and cuddly’ animals, they are destructive and they are also pretty vicious animals, so they don’t get a lot of sympathy, especially from farmers. So if you are the ‘sensitive type’ and have a problem with seeing these animals being hunted & killed, then maybe this particular article isn’t for you.

Feral hogs are a non-native and invasive species in Texas. Each year hogs cause millions of dollars in damage in the form of damaged crops, contaminated water supplies, broken equipment, transmission of diseases and injury to livestock.

Feral hogs compete with native wildlife for resources and also prey directly on the eggs and young of ground nesting birds and will actively hunt small mammals, frogs, lizards and snakes.

Due to their intelligence, adaptability, and prolific breeding habits, traditional methods of hunting and trapping have been largely ineffective in reducing the feral hog population. Alot of folks that hunt feral hogs use semi-auto rifles, that way you can maximize the number of those they shoot.

The introduction of night vision and thermal optics has greatly increased landowners’ ability to mitigate the destruction caused by feral hogs. Feral swine are not considered game animals in Texas and may be hunted by any means, or methods at any time of year.

However, landowners, or their agents are allowed to kill feral hogs on their own property without a hunting license if feral hogs are causing damage. However, any landowner that plans to trap, or snare hogs, should have a valid Texas hunting license, since these activities could affect other wildlife species.

Some people ask; “Can you eat feral hogs?”. The answer is “yes”, “feral hogs make great table fare,” Texas A&M Agrilife Extension’s website adds. However, always use a meat thermometer to ensure an internal temperature of 160°F has been reached and the meat is thoroughly cooked.