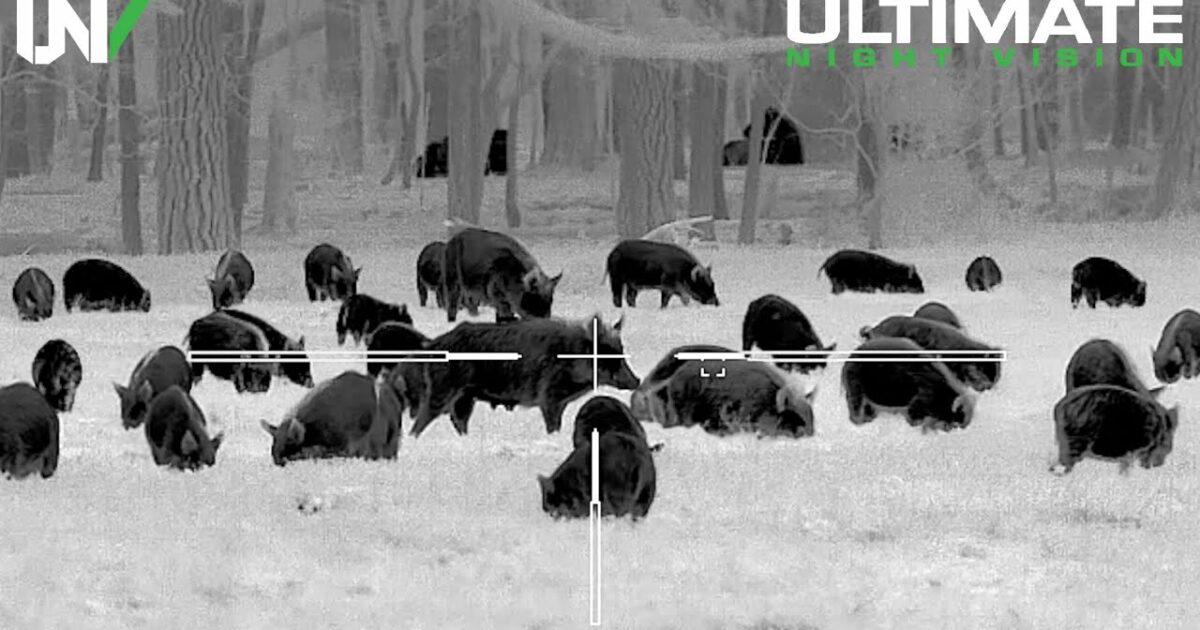 Feral hogs are a pestilence, they destroy crops without hesitation and will never stop unless they are killed. Now, for those of you who think that this is ‘cruel’, you’ve obviously never owned, or worked on a farm and have never seen the horrendous damage that these animals can do.

Most often, wild hogs breed once, or twice per year in favorable conditions. Compared to other large mammals, wild hogs have a very short gestation period of about 114 days.

Sows are sexually mature at 6-8 months of age and average 4-6 piglets per litter. In other words, they replenish their numbers quicker than hunters can kill them.

Feral hog numbers are on the rise in the United States.  Likewise the problems they cause are also growing.  With attention on this invasive species, many myths are circulating about feral hog history, distribution, biology, and damage.  The following bullets will help get the facts straight.

So, if you are the ‘sensitive type’, maybe the video below isn’t something you should watch. On the positive side, every animal that is killed usually doesn’t go to waste, most hunters can stock their freezer for a year with all of the meat these animals yield. Also, some of the meat from these hunts can be  donated to hungry, struggling American families and that’s a ‘good thing’.

Anyway, the video is pretty awesome and has over 10 million views on YouTube!!