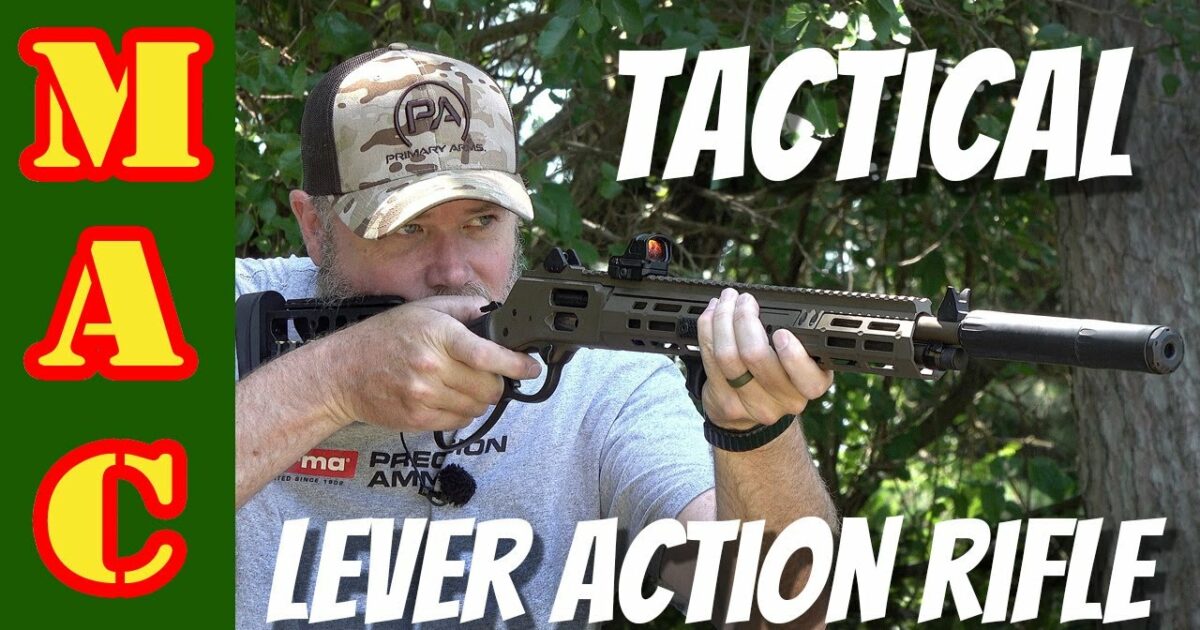 Lever-action rifles are very popular right now and one of the reasons might be, because there is a virtual assault on semi-automatic rifles in this country right now. Many democrat controlled states are doing their very best to either flat-out ‘outlaw’, ban, or make owning AR style rifles so difficult through excessive regulation, that you have to jump through too many legal hoops just to buy one.

But, lever-action rifles aren’t being touched by these gun-grabbing politicians, they are very popular with many different folks and for good reason. No, a lever-gun can’t hold 30 rounds in a tube magazine, but they are easy to fire and are very accessible to everyone. There is a good reason these rifles have been around for 150 years, they shoot straight and are very reliable.

The lever action rifle is as American as hotdogs and apple pie. But it’s often neglected in today’s world of self loading rifles like the AR. The question is, can you spruce up the old lever action Henry and make it a modern rifle? We take a look at the Henry X 357 rifle with a Midwest Industries rail system and one modified by Mad Pig Customs and because of that, the lever-action has never looked so good!

If you just bought a new lever-action rifle and want to spruce it up with modern accessories and bring it into the 21st century, then you should check-out midwestindustriesinc.com, or madpigcustoms.com. Who says you can’t teach an old dog new tricks?