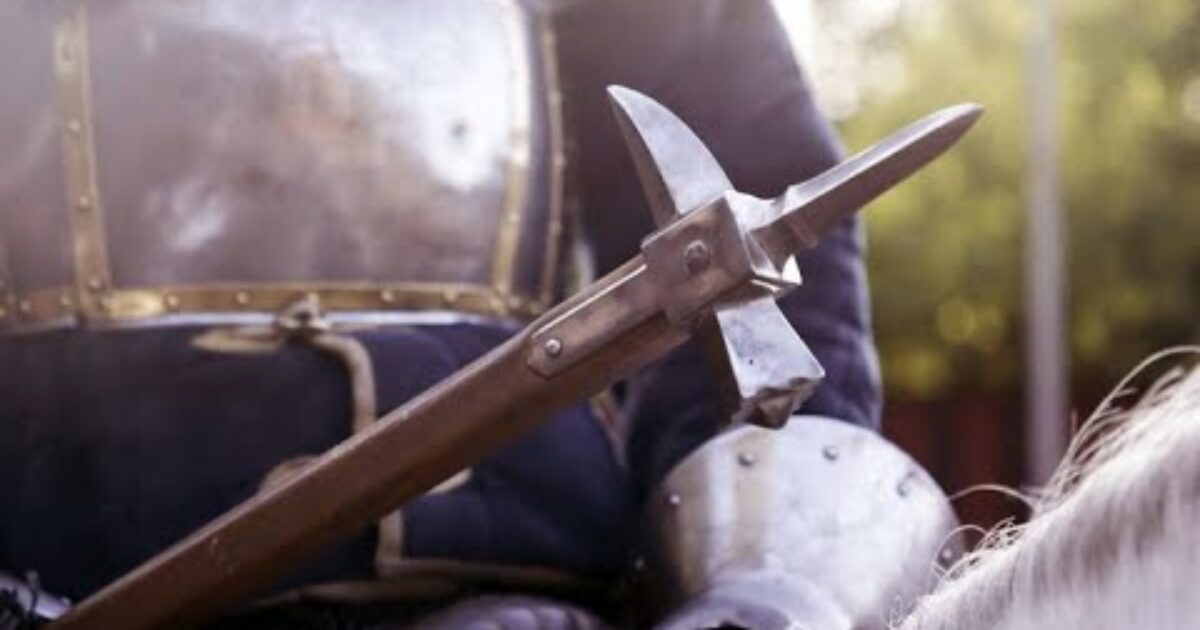 Over a thousand yeas ago in Europe, the weapons of the day were fierce and brutal, they were made to inflict as much damage on the human body as possible. If you were struck by a sword, or battle axe, your chances of survival were slim to none.

The armor of the time was simple, made of either boiled leather, or chainmail. While chainmail armor was effective against a slashing cut of a sword, it was not so effective against the blow of an axe, or a mace. When plate armor was developed, other weapons were developed to counteract against it, one such weapon was the ‘war hammer’.

A War hammer was a weapon used in the late medieval period and it had two major variations. The Long war hammer was a pole weapon and was primarily used to target mounted fighters. The Short war hammer, on the other hand, was used by the mounted warrior at close quarters. Longer war hammers were called mauls.

A war hammer, especially when it has a long and tough handle, delivers a significant blow to the armor, denting it and severely injuring the enemy. A hammerhead does not ricochet or slide on the curvature of the helmet, which means that it is simply more effective.

Swords aren’t as heavy and are more precise on targets and are faster than hammers. But when compared with all the damage hammers can do and the fact that you are fighting against a big metal-plated man mounted on a horse, a hammer, especially a sledgehammer is better for those types of battles.

In the video below, a contemporary weapons expert will show you what a medieval war hammer can do to a steel breastplate from that era.