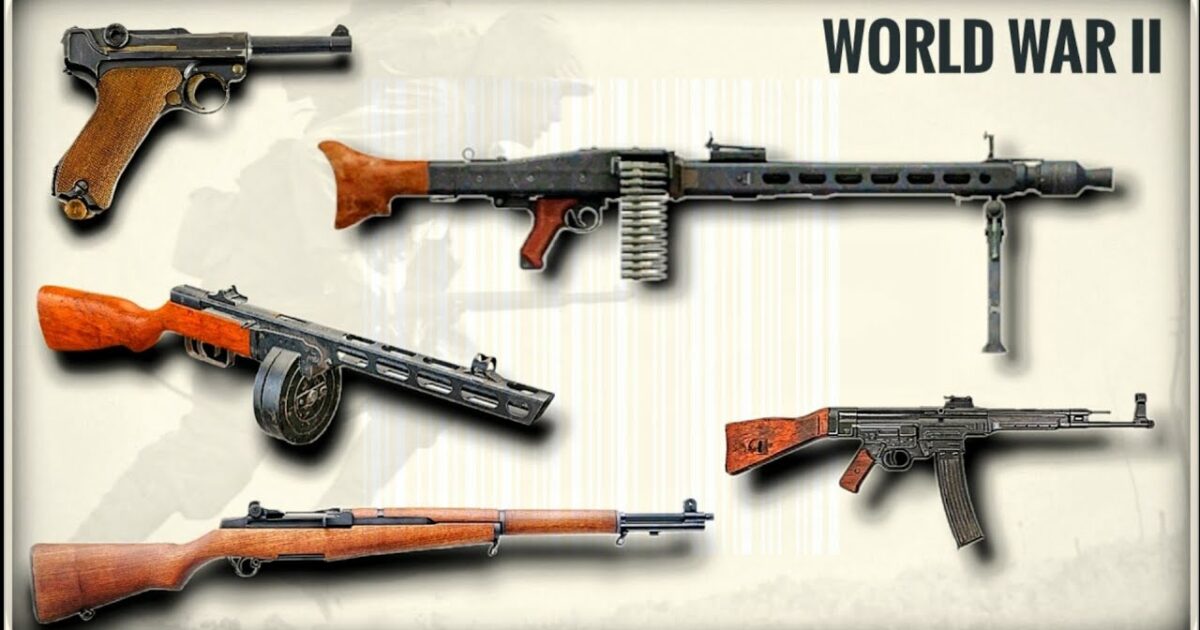 Some of the most technological advances in weapons have come in the 20th century, starting with World War I, but in World War II the ante was seriously upped.

Machine guns, tanks and aircraft were introduced during the first world war and they made quite an impression there. Never before had carnage of that magnitude been seen on this planet, man had learned to use technology to slaughter his fellow man with such veritable ease.

Just as the horrific experiences of that conflict we settling into our collective memories, in 1939 the horror had started all over again and with it came more technological advancements to cause even more horror than we didn’t think were possible.

But I’m not going to talk about aircraft, armored vehicles, or even the atomic bomb, in this particular article. I’m going to be focusing on small arms that ere used on the European battlefields. You will notice I’m not going to be talking about any of the small arms used by the Japanese military, since most of them were crap anyway, they don’t deserve even the slightest mention.

No, in this particular article because of the ‘time factor’ involved, we’ll focus on small arms of the Wehrmacht, the Soviet Union and the United States, some are innovative and some are simple, but they all deserve special mention and I’m sure you will be familiar with them all. Some will be left out, but that is only because there isn’t enough time to mention all of them.

These are what we’ll be looking at in the video below: