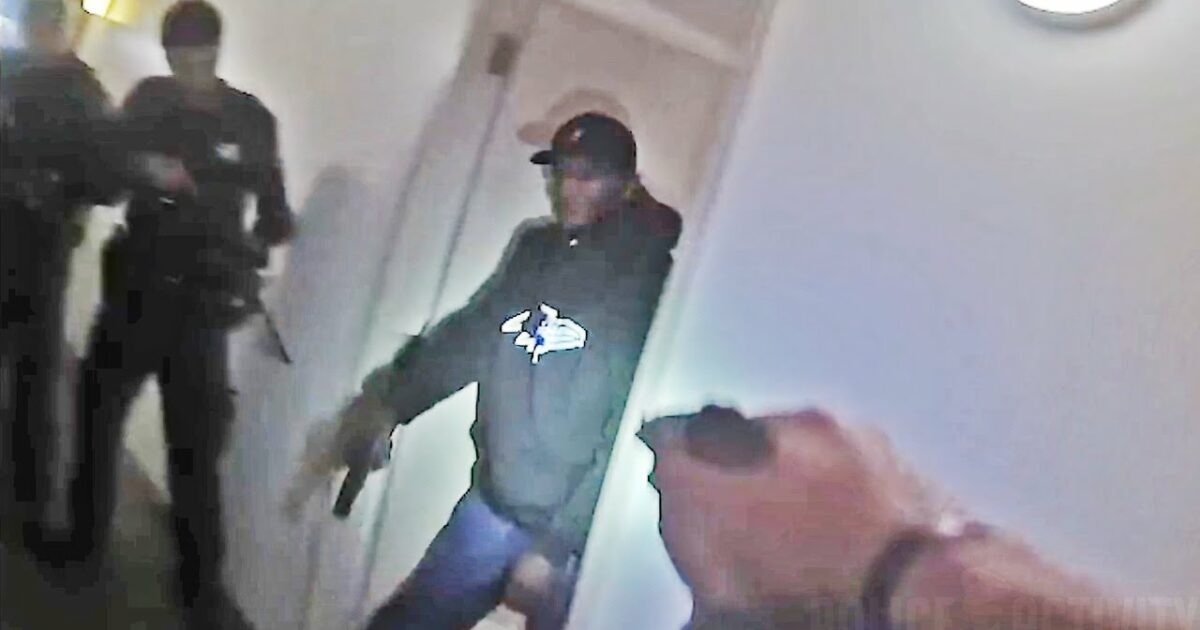 The one thing you do not want to do when a police officer knocks on your door, is answer it with a weapon in your hand. That alone will get you shot and possibly killed.

There is no real extensive backstory regarding this video, other than the police responded to a call where gunfire was reportedly taking place.

It appears that the suspect who was doing the shooting, answered the door to his apartment with a gun in his hand and immediately got into a gunfight with police, you can imagine how it ended.

Baltimore, Maryland — On June 4, at approximately 8:40 p.m., officers with the Baltimore County Police Department responded to the 500 Block of Virginia Avenue in Towson, Maryland for the report of an unknown trouble.

When officers arrived on scene, they heard gunshots coming from inside the building. The officers entered the building and proceeded to the 11th floor.

Once on the floor, officers identified the apartment where the unknown trouble was reported to have occurred and knocked on the door. 66-year-old Joseph Robert Henry Thompson answered the door armed with a handgun and pointed it at officers.

Thompson and Officers Johnson, Klapka and Fitzgerald exchanged gunfire. Thompson was struck and pronounced dead on scene. A fourth responding officer suffered a gunshot wound and was taken to a local hospital with non-life-threatening injuries.

An adult female was located inside the apartment suffering from gunshot wounds and was taken to a local hospital in critical condition.