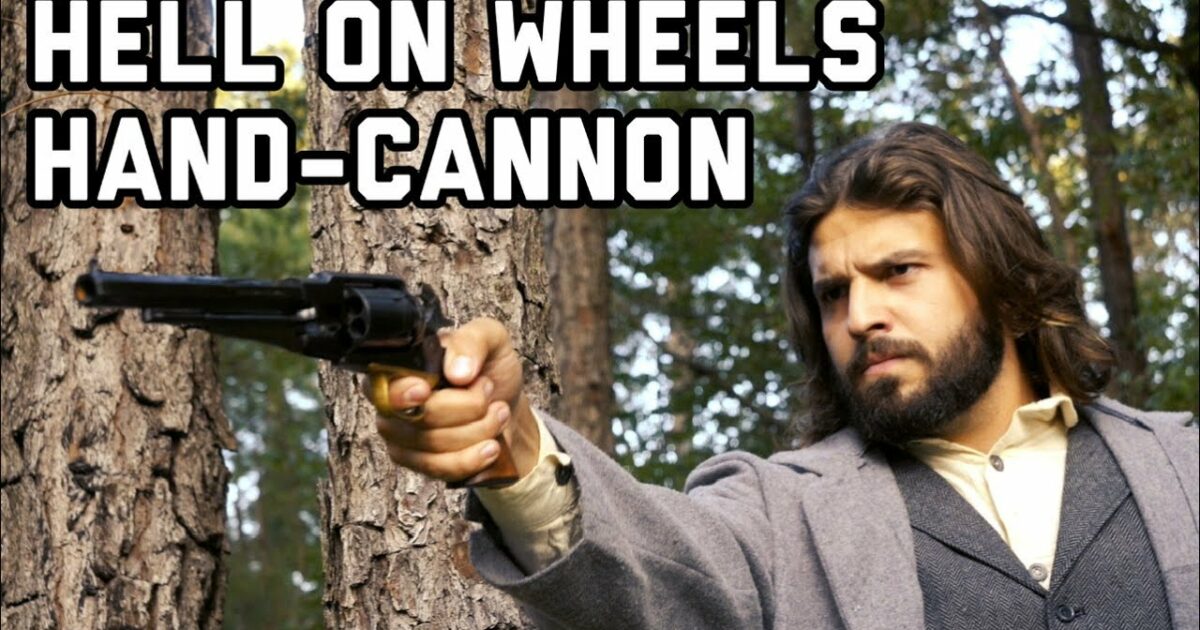 For those of you who aren’t familiar with the pistol that Brandon is using in the video, let me fill you in about it. If you are a fan of the series “Hell on Wheels”, you might recognize this particular pistol, it was carried by the main character “Cullen Bohannon”.

He is the main protagonist of AMC’s Hell on Wheels. A former Confederate States Army Captain & slave owner from Meridian, Mississippi. During the Civil War and afterwards, he carried a 44 caliber black powder Remington-Beals Model Revolver, which he put to good use during the entirety of the series.

Here is a little bit of info on the pistol (courtesy of Wikipedia):

The Remington-Beals Model Revolvers along with subsequent models and variations were percussion revolvers manufactured by Eliphalet Remington & Sons in .31 (Pocket) .36 (Navy) or .44 (Army) caliber, used during the American Civil War, and was the beginning of a successful line of medium and large frame pistols. They are commonly, though inaccurately, referred to as the Model 1858 due to the patent markings on its New Model barrels, “PATENTED SEPT. 14, 1858/E. REMINGTON & SONS, ILION, NEW YORK, U.S.A./NEW MODEL.”; although wide scale production did not start until 1861. 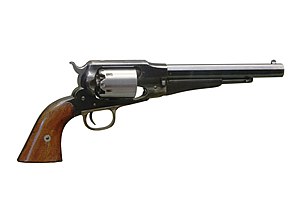 The Remington revolver was a secondary, supplemental issue firearm for the Union Army until the Colt factory fire of 1864. Due to the fire, the Colt 1860 Army was not available for some time. Subsequently, large numbers of the Remington revolver were ordered by the U.S. government. Samuel Remington traveled to Washington in the fall of 1861, offering to sell his revolvers to the government at a cost of $15 each—or $10 less than what Colt was charging the Ordnance Department for its .44-cal. revolvers. Even with the reduced cost, the Army, by the end of March 1862, had taken delivery from the Remington factory of only 7,250 .36-cal. revolvers and 850 .44-cal. Beals revolvers at a cost to the Army of $15 each.

My name is Brandon Herrera. I’m the owner and operator of The AK Guy Inc, a 07 Firearm Manufacturer based out of Fayetteville, NC. I also co-own Stark Media Group, and designed the rifle known as the AK-50. I’ve started to dedicate this YouTube channel above all to have fun, but also as a way to document my entrepreneurial journey for the next few years as I try to grow my companies. Hopefully, people can learn from my example, successes, and failures. Either way, I’m having a lot of fun with it so far, and I hope it’s just as fun to follow along!