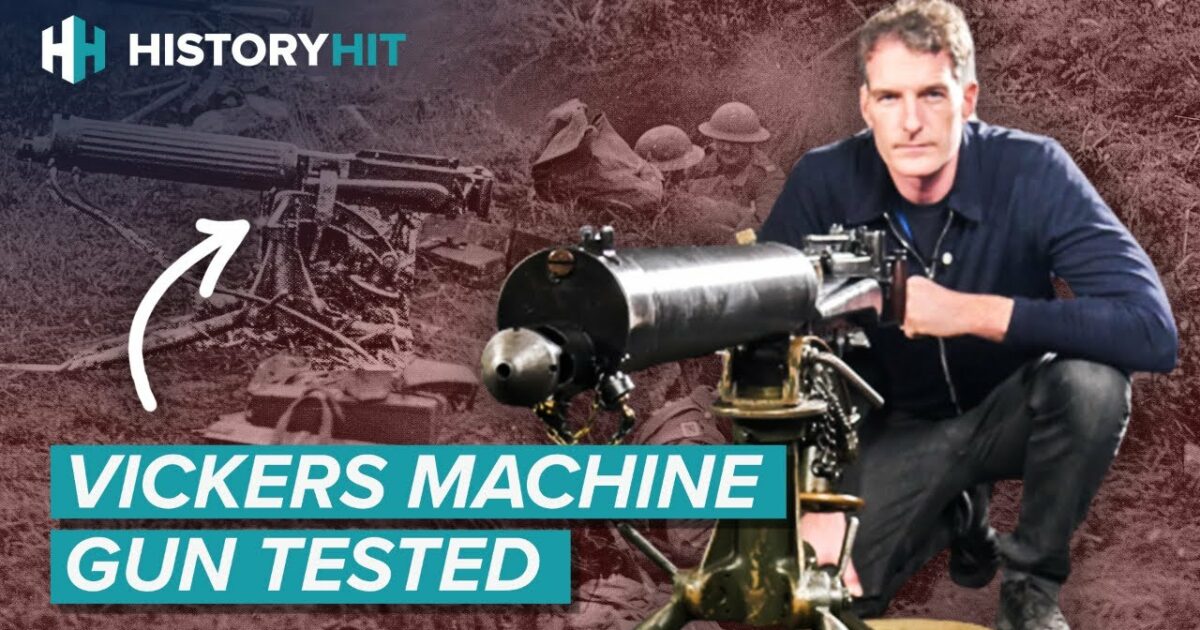 One of the single most destructive weapons that struck true terror into the foot soldiers of World War I, was the machine gun.

The Machine gun when used against an advancing enemy in a defensive position, caused massive amounts of casualties on the battlefields of France and Belgium from 1914 to the end of the war in 1918.

The only other weapon to cause such massive casualties was shrapnel from artillery shells. Shrapnel consisted of a hollow shell which was packed internally with (typically) small steel balls or lead, together with an amount of gunpowder, and was the most common form of artillery deployed in 1914.

Originally invented by Hiram Maxim in 1884, the Maxim gun was a recoil-operated machine gun, it was the first fully automatic machine gun in the world.

About the machine gun in the video below:

The Vickers K machine gun, known as the Vickers Gas Operated (Vickers G.O.) or Gun, Machine, Vickers G.O. .303-inch in British service, was a rapid-firing machine gun developed and manufactured for use in aircraft by Vickers-Armstrongs.

The high rate of fire was needed for the small period of time when the gunner would be able to fire at an attacking aircraft. The weapon was also adopted for land use during World War II.

However, unlike the Bren, the VB locked its breech only at the last moment of forward travel and this enabled the development of the Vickers K also known as the “Vickers Gas Operated” (VGO) or “Vickers GO”.

With lighter moving parts and the VB locking design, the Vickers K had an adjustable rate of fire between 950 and 1,200 rounds per minute; faster than the German MG34.

The weapon was adopted for British service as the VGO. It was test-flown with a large 300-round pan magazine, and beat the .303 Browning in reliability.

However, the wide pan would have caused problems to accommodate, since it would have interfered with wing structures.

When the belt-fed Browning Mark II was selected as the standard machine-gun armament for RAF aircraft, the VGO became redundant for the RAF. It continued to be used by the Fleet Air Arm until 1945.