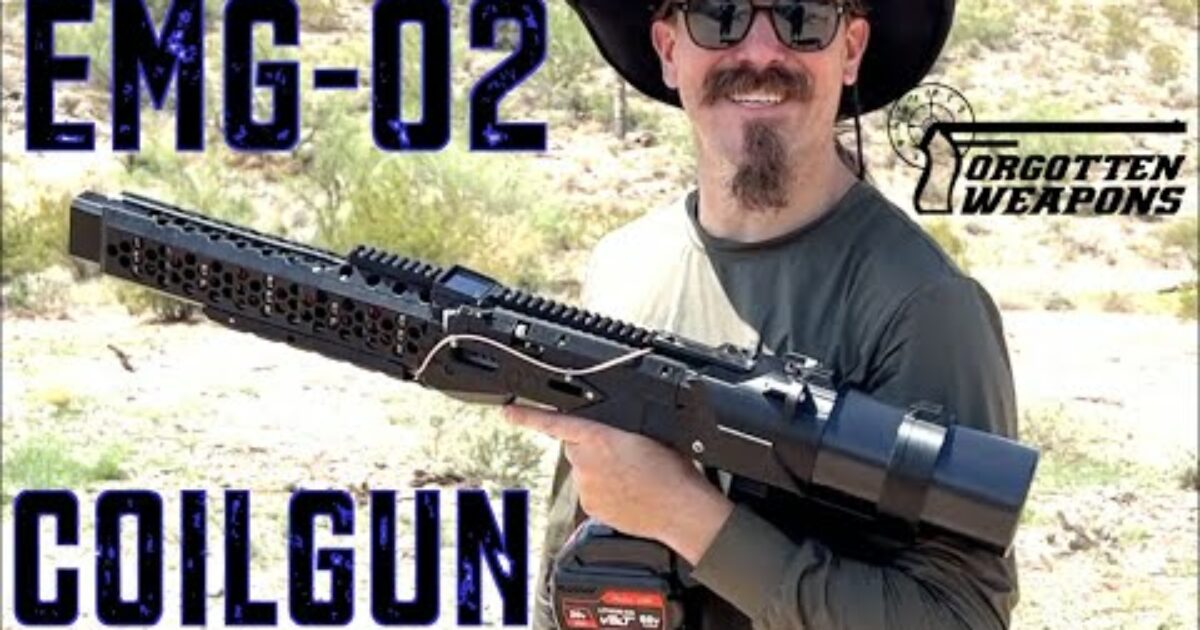 This is literally like something out of a sci-fi movie and when they are able to fine tune it, it will no doubt change the firearms industry for ever. ArcFlash Labs has come out with a new coil gun design that takes the best elements of their underpowered EMG-01 and their overly bulky GR-1 Anvil and melded them into a much handier EMG-02.

This new design maintains the same muzzle velocity as the Anvil (200-250 fps / 60-75 m/s) but uses smaller projectiles (5/16″ armatures). It is far better handling, with the balance much improved by having a single large capacitor mounted at the rear and a battery directly under the grip. That battery is also now a commercial off-the-shelf rechargeable lithium-ion type.

Here is some information on the company ArcFlash Labs from their website arcflashlabs.com:

Arcflash Labs, LLC was founded in 2017 with the goal of advancing and demonstrating novel pulsed-power supply technologies to disrupt a variety of industries with 21st century alternatives:

Arcflash Labs was founded by David Wirth and Jason Murray, both Aerospace Engineers, former US Air Force officers, and experts in pulsed power supply development with 25 years of combined experience.  Both have a longstanding record of success in developing high-profile electromagnetic demonstrators and power supplies for industrial, commercial and hobbyist devices.

It features 8 computer optically controlled stages and 2 booster stages, allowing the accelerator to fire up to 13 rounds per second (burst) at velocities up to 75m/s.

The EMG-02 is shipped with a single stacked 15 round (MG15A) magazine, and can also accept EMG-01B magazines (MG18), as well as the larger MG15XL magazine.  The gun also ships with a 15S Lithium-Ion (drill) battery pack (and associated charger) which can provide power for over 300 shots before needing to recharge.

Additional batteries can be purchased from many retail or online establishments. The EMG-02 should accept any 60v flexvolt compatible battery. One example of a 60v EMG-02 compatible battery can be found on Amazon.

Now that we have got all of the tech stuff out of the way, sit back and watch as they fire this weapon.