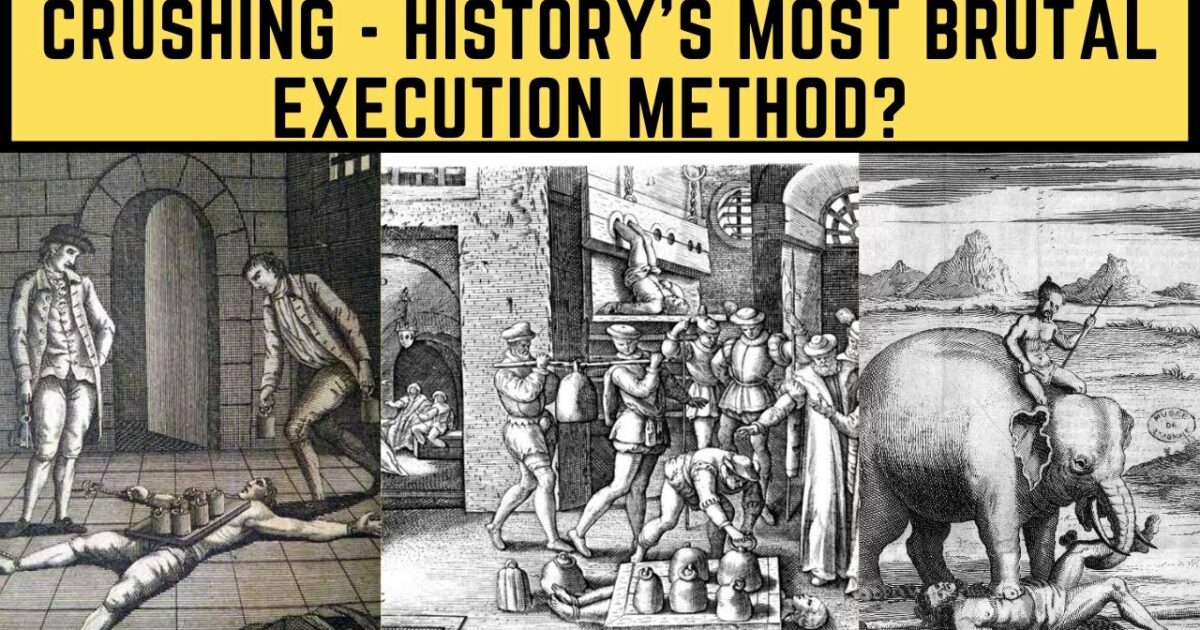 Punishment for different crimes in ancient & Medieval societies was rather ‘severe’ to put it mildly. Criminals today don’t know how easy they have it, not all that long ago execution was common place in the United States.

But now in the 21st century, only a handful of states execute criminals and in order for that to happen, the criminal has to have committed an exceptionally heinous crime of murder.

As for me personally, I think abolishing the death penalty was a mistake. It was a great deterrent, today we see 13 and 14 year old kids murdering people on the street in broad daylight!!

The criminals today know that even if they commit the worst possible crimes against their fellow citizens, chances are the progressive district attorneys in democrat controlled cities won’t even prosecute them, hell, chances are they’ll only spend one night in jail if even that.

I think that we should bring back executions to show the criminals among us we mean business, we should also make all executions public. But I really don’t think that is going to happen.

But about the subject of the video below, ‘Crushing’ was an especially brutal form of execution, you we conscious through the entire process, unlike beheading, it took longer and was far more painful, you saw it coming and there was nothing you could do about it.

This description comes from allthatsinteresting.com about ‘Crushing’:

For thousands of years, accused criminals were subjected to being pressed or crushed to death, most famously during the Salem Witch Trials of 1692.
If you were sentenced to death by crushing, or getting pressed to death, you were in for an excruciating end.

While strapped down, you would have intense weight placed upon you, bit by bit, until the weight literally crushed you to death.
One of the earliest examples of the execution method was found over 4,000 years ago in Southeast Asia, where a well-trained elephant would crush a disobedient prisoner.

If you were lucky, the elephant would squash you like a bug. If you weren’t, the execution was slow and painful. But whether the weight was applied by a human or a pachyderm, the result was still the same.

Say what you will about our ancestors, but by making punishment both brutal AND public, it sent the criminals a message- ‘If you commit a crime and get caught, your butt is in real trouble!”.