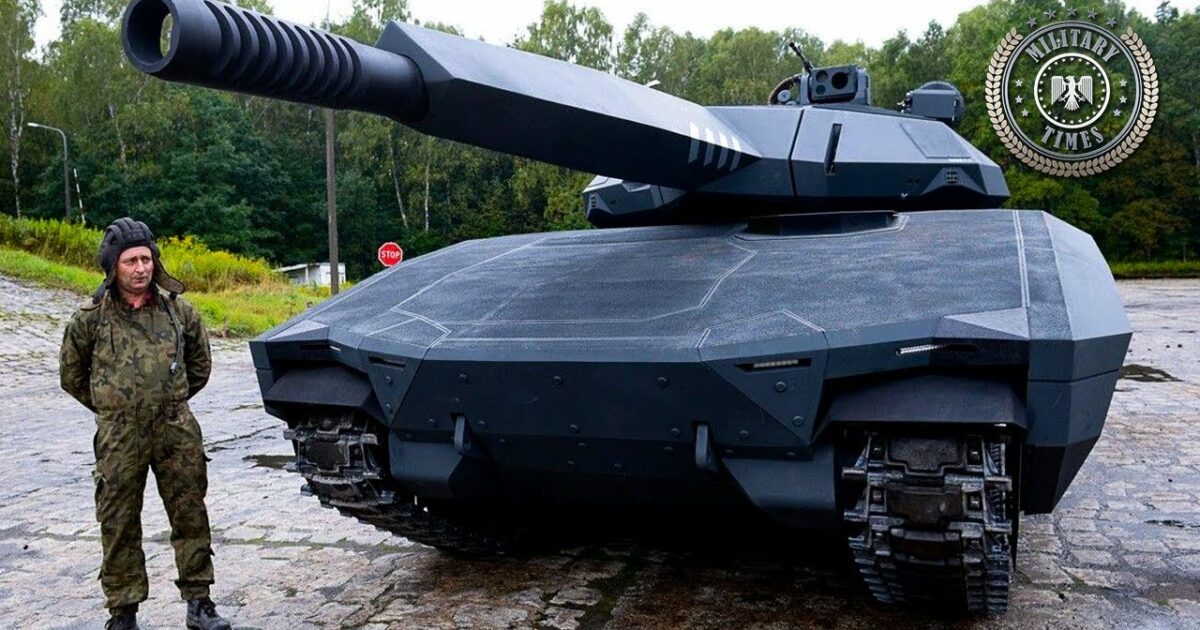 This is nothing less than a futuristic machine designed and conceived of the 21st century, this tank is going to make a major change in modern battlefield technology and will have a significant impact world wide.

The PL-01 concept tank was jointly developed by Obrum of Poland and BAE Systems of the United Kingdom. Development commenced in 2013. Mock up of the tank was first publicly revealed during the same year.

Currently this tank is only a technology demonstrator. It was planned that a fully functional prototype will be completed in 2016. This tank was aimed to meet a possible Polish Army requirement. Some sources even reported that this tank could enter service in 2018. However eventually the PL-01 never passed the prototype stage.

Currently Polish Army operate around 900 main battle tanks, including indigenous PT-91 Twardy and German Leopard 2. Also there are around 400 T-72 MBTs in storage. Originally it was planned that once in production the PL-01 will be also proposed for export customers. In 2010 another Anders prototype light tank was revealed in Poland.

Weight of the PL-01 tank is claimed to to be 35 t. Other sources reported that production tank could weight around 45-50 t. It was planned that the new Polish tank will have modular protection with multi-layer ceramic-aramid armor. Damaged add-on armor modules would be easily replaced in field conditions. Also newer modules could be fitted once more advanced armor is available.

The new tank has an unmanned turret. Ammunition is stored in a separate compartment with blow-out panels. It was planned that the new tank will be armed with a 120 mm gun, completed with an autoloader. This gun would be capable of firing all standard NATO 120 mm tank ammunition.

It was claimed that this tank will be capable of launching anti-tank guided missiles in the same manner as ordinary rounds. Around 40 rounds were planned to be carried for the main gun, including 12-16 ready-to-use rounds. Though it was unknown if it will be possible to replenish the autoloader on the battlefield.

It was planned that a tank with a 105 mm gun will be proposed for export customers. The PL-01 uses stealth technology. It has a thermal camouflage which makes it harder to detect with thermal sensors. It is claimed that the whole tank will be covered with radio wave absorbent material.

However it is unknown if angular shapes of this tank were intended to reduce radar cross-section or just to give a more futuristic look. This tank has have a crew of three, including commander, gunner and driver. Commander and gunner enter and leave the vehicle via a rear hatch. Ammunition is also loaded via the rear hatch.

This tank has a capability to carry up to four additional soldiers inside the hull in place of ammunition. The PL-01 is based on the chassis of the Swedish CV90 IFV which has been around for a while and recommended itself well. Engine compartment is located at the front of the hull. It was planned that this tank will be powered by a diesel engine developing around 1 000 hp, possibly of German origin.

An automatic transmission was also planned. It was claimed that the PL-01 will have a cross-country speed of 50 km/h. The PL-01 can be fitted with a deep wading kit.