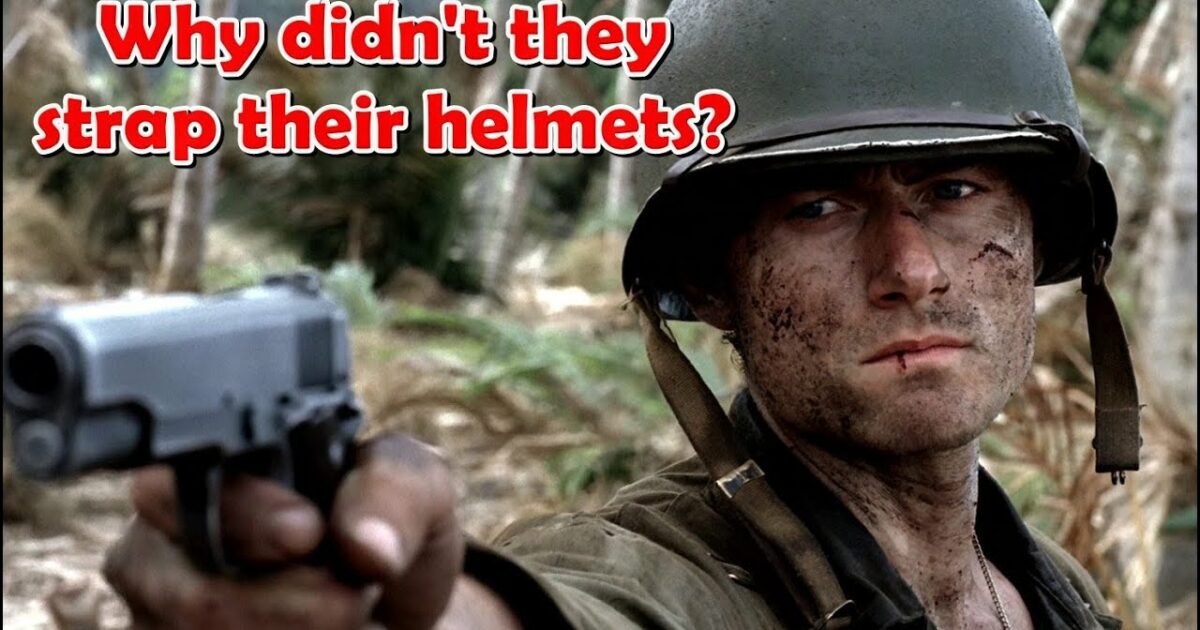 I have a ‘dog in the fight’ with this particular subject, since I was in the United States Army from 1975 to 1980, I wore one of those God-awful steel pot’s on my head and I hated it!

I know it was supposed to protect me, but more times often then not, it was always falling off my head at the worst possible moment. Now, with the exception of when I was jumping out of aircraft, I never fastened the chin strap on my helmet.

As for myself, whenever possible in the field, I wore a bush hat and ditched my steel pot.

Some believed that being close to over-pressure events (artillery, etc) could cause a head injury with the large helmet being force up and the tough leather strap breaking the neck. This was supported by more than one army regiment actually giving written orders to their men to not buckle up.

A fastened chin strap then has the potential to strangle and possibly damage the neck of the soldier. Experience soon led soldiers to keep their chin straps unbuckled to avoid this, a shell fragment might strike and knock the helmet off but won’t result in an injured neck.

The helmet’s steel still couldn’t stop some close-range bullets or shrapnel, but it offered far better coverage and protection for the skull, appreciably saving American lives

The U.S. military adopted helmets based on Hadfield steel, called the M1 “steel pot,” in 1942. These helmets remained in service until the mid-1980s when they were replaced with helmets manufactured from a nonmetallic material.

I’d like to hear from some of you younger veterans who wore the kevlar helmet , tell me your thoughts in the comment section below.