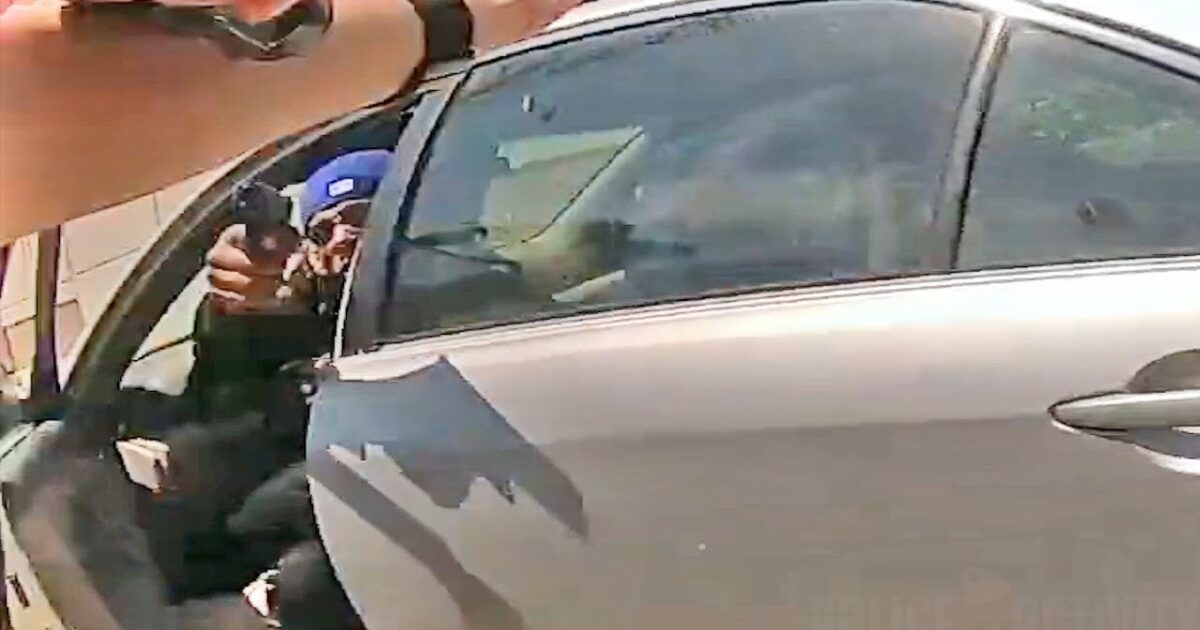 I don’t care who you are, what your skin color is and where you live, this kind of criminal behavior is unacceptable in any civilized society! You just don’t get to shoot the police (or anybody else for that matter) whenever the hell you ‘feel’ like it.

There’s a couple of reasons stuff like this is out of control. One, is that an entire race of people has been told that they are oppressed ‘victims’ of the government, and two, those same politicians in that very same government are not enforcing the laws that are on the books and are releasing these blood thirsty violent thugs back out onto the street whenever they do happen to arrest them.

You’ll notice that in the first few seconds of the video, the suspect didn’t hesitate for a single moment before he open-fired on the police, he didn’t bat an eye before he made the conscious decision to kill another human being.

I know this might be a harsh thing to say, but this violent, murderous animal got what he so richly deserved and I hope to God above, that he spends the rest of his natural life in prison where he belongs!!

The Mayor of Chicago and it’s District Attorney need to be held accountable for every violent crime that they allow to happen in that city!

Officer Moreno was struck in the arm and torso after 27-year-old Jerome Halsey rushed out of a car and opened fire during an attempted traffic stop. Halsey stands charged with attempted first-degree murder, aggravated battery, and aggravated assault on accusations that he shot Officer Moreno.

The shooting took place about 2 p.m. on June 5 in the 6900 block of South Sangamon Avenue as three uniformed police officers were riding in an unmarked vehicle when they attempted a traffic stop, police said. Halsey pulled into a dead end, where he then exited the vehicle and opened fire on the officers.

Officer Erik Moreno was struck twice, in the arm and torso. The officers returned fire and Halsey was struck in the body, police said. Moreno was transported to the University of Chicago Medical Center in serious but stable condition.