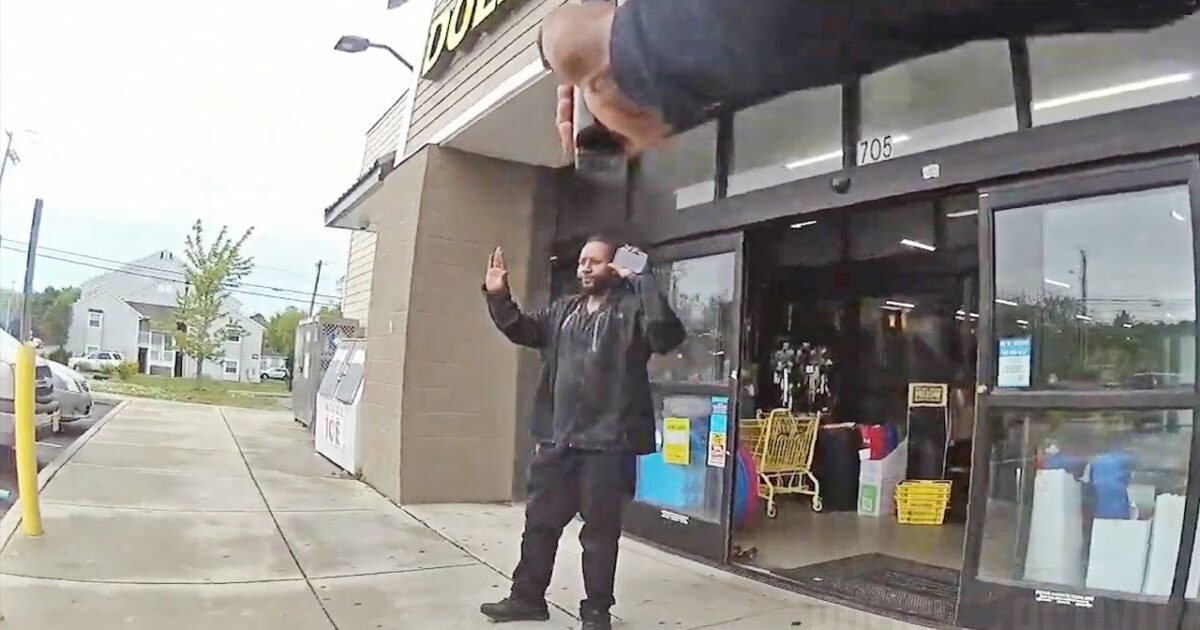 I have to admit, this is one of the saddest videos I’ve ever seen. During the entire time, several police officer’s literally begged the suspect to comply, they continuously said that they did not want to shoot him and repeatedly said “please – please, don’t do this, we don’t want to shoot you”.

I don’t know if the suspect was on drugs, or had mental issues, but when confronted by police he was told to raise his hands and get on the ground, he kept saying “shoot me, shoot me”.

Maybe he thought he would become a martyr like George Floyd, and his family could get the race-baiting lawyer Ben Crump to sue the city, who knows.

The entire time, it was the suspect who called the shots that ultimately decided his fate and perhaps that is what is so damn sad, the whole thing didn’t have to happen.

At the end of it all, it was the police who were most badly affected and shook-up about the whole thing.

Here is a description of what you will hear and see in the video below:

Pleasantville, New Jersey — On May 24, 2022, Pleasantville Police received a 911 call at approximately 9:35 a.m. indicating that an individual had discharged a gun at the Dollar General store located on South New Road in Pleasantville.

At approximately 9:37 a.m., a Pleasantville Police Officer responded to the Dollar General and discovered Mr. Whitted inside the store – with a handgun protruding from his right pocket.

As additional officers arrived, Mr. Whitted walked toward the officers and refused to follow directions to stop and drop to the ground, at which time Whitted said to the officers “shoot me.” The officers attempted to de-escalate the situation by backing away and allowing Whitted to exit the store and stand on the front sidewalk.

Whitted then reached for and placed his hand on the handgun in his right pocket, at which time five police officers discharged their duty firearms at him.

Officers and an EMT rendered medical aid to Whitted. He was eventually taken to AtlantiCare Regional Medical Center, where he underwent hours of surgery.

Initially, Whitted’s charges were dropped through an administrative dismissal, but they were reinstated. He was taken to the Atlantic County jail after he was released from the hospital.