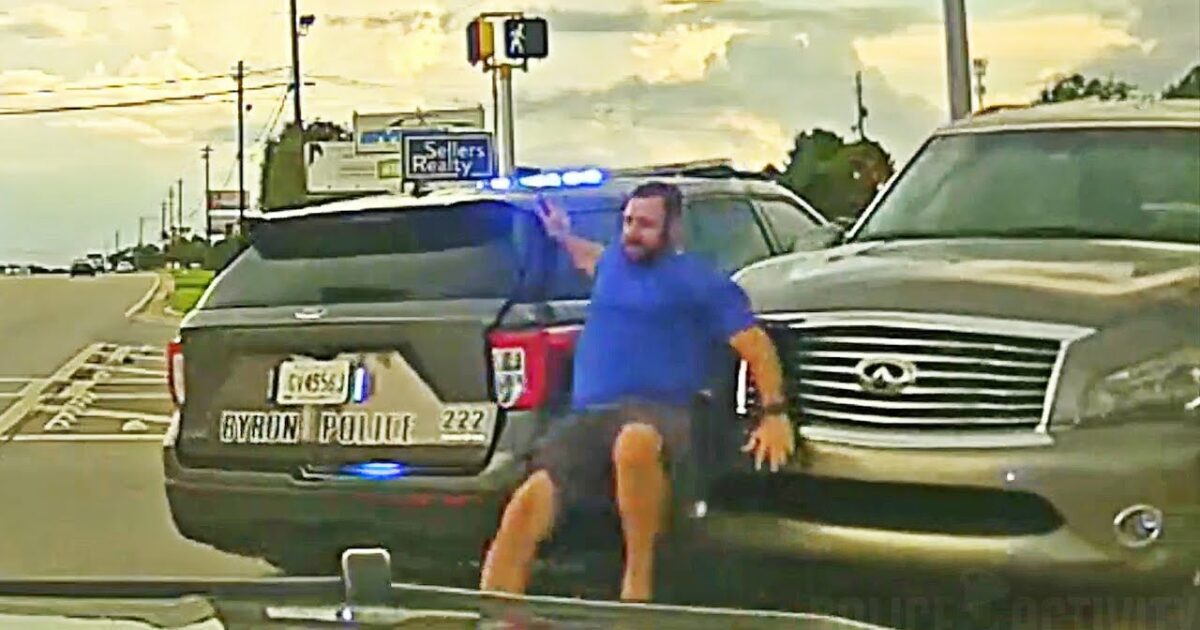 Some people just can’t seem to grasp the fact that we are a society of rules, regulations and laws. These are in place so that everyone can live a relatively peaceful life without fear of violence, or injury.

But sadly, there is a “victim mentality” prevalent with certain people and for that reason, they do not feel compelled to obey any laws, the woman driving the SUV was one such person.

The women in the video below obviously felt that she didn’t have to abide by any law and caused such damage and mayhem, it’s amazing that no bystanders, or police officers were severely injured, or even killed by her lawless and reckless actions.

Also, her utter disregard for the safety of her own child’s safety is apparent by her lawless behavior. I hope that when her day in court comes, she will be held accountable for her actions.

Byron, Georgia — On Friday July 15, 2022 Byron Police officers were given a look out on a SUV driving reckless on GA Hwy 42 coming into town. The caller said the vehicle was driving into the other lane almost hitting oncoming traffic.

When the vehicle got to the intersection of Hwy 42 and Hwy 49 witnesses blocked the vehicle in. Byron Police officers arrived on scene and attempts were made to talk to the driver and she was uncooperative and would not talk to officers or respond to commands.

Officers placed Stop Sticks under her tires to deflate the tires if she drove off. After several minutes the driver backed into a car stopped behind her and then pulled forward hitting a Byron Police officer and a Byron Police car.

The driver then backed up again and pulled forward hitting two witnesses and another Byron Police car and drove going north on Hwy 49 with one flat tire from the Stop Sticks.

Officers attempted to block the car and she backed into a third Byron Police Car then drove forward hitting a Byron Police car for the second time causing serious damage to the car. The suspect continued on Hwy 49 for a short distance where Byron Officers were able to block her in and take her into custody.

The driver was identified as 24-year-old Sierra Hibbert of Warner Robins, GA. She also had a small child with her that was not hurt in the incident.

No officers or citizens were injured seriously in the incident. The Peach County Sheriffs assisted during the incident and is handling the investigation and criminal charges against Hibbert.