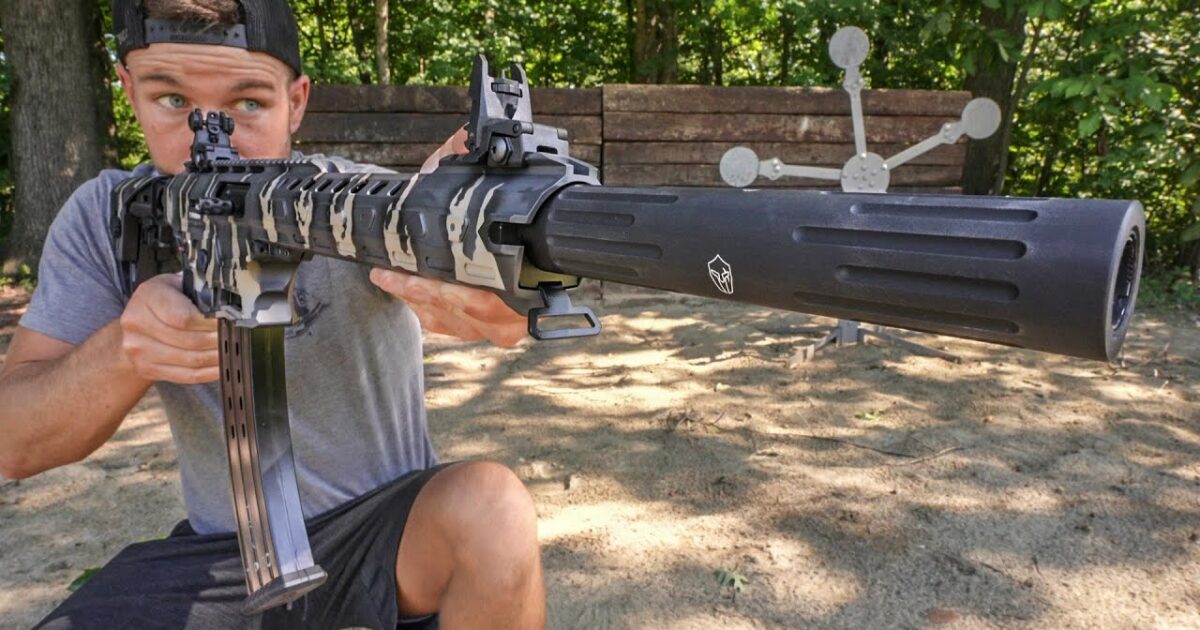 There are a lot of semi-auto shotguns on the market today, so I’m not going to go into which are the best and all that jazz. What I will do is give you alot of technical info on the Typhoon F-12 so that you can give it a good looking over and in the end, it’s up to you if you think this product is worth your time or not.

For a long time Typhoon Defence Industries LLC. has been associated with the firearms industry in best way.The company has been manufacturing and exporting huge amount type of firearms to more than 24 countries ,where has C.I.P , SAAMI and TSE Test procedures by harmonizing the best modern technology and traditional craftmanship in manufacturing process.

Typhoon Defence Industries LLC. has builded the company’s main philosophy and distinctive feature on Research&Development from the begining.This vision provided the company always putting signature to patented systems and inovative designs in Turkish market and International market with a lot of projects.

CHRONOLOGICAL EVOLUTION OF OUR COMPANY

In the year 1985 Tayfun (TYPHOON) Özerbaş started in an equated facility with the highest technology manuel lathes of those years by manufacturing spare parts to Turkish Defence Industry.

In the year 1992 company added automatic machines to company’s machine park for constituting the best substructure of firearms manufacturing in future.

In the year 1996 company presented first hybrid inertia semi automatic shotgun of Turkish Market as a revolution in Turkish Defence Industry.This inovative and radical product marked an era on Turkish hunters and Turkey market for a long time in perfect way.

In the year 2000 company aimed to temporize developing technology in the World for not only increasing the quality of products but also carry on the progressive mission ,that’s why enlarged company’s inventory with CNC machines.

Year 2010 : Our company added new 1250 square meters closed facility for improving capacity and efficiency for clients in all over the world with more than 40 units of machines ,consisting of CNC machines, EDM , press machines etc.Typhoon Defence Industries has all required technology for finishing most of the firearms completely in that facility without any assistance from outside.

Typhoon Defence Industries has been the most inovative , progressive and technological company of the area.The company has been exporting more than 24 variety contries on all over the world including Ministry Of Defences and the most qualified dealers for many years by using the best technology and traditional craftmanship on all of the products.

Our main idea and principle has been ”The Best or Nothing” since 1985.

About the Typhoon F-12 from gunmart.net  :

The latest semiautomatic 12-gauge, box magazine fed shotgun coming out of Turkey is the Typhoon F-12. Typhoon Defence industries exports to over 28 countries and is ISO:9001 certified and it’s clear that it is a quality manufacturing facility.

The F-12 semi-automatic looks like an AR; however, it does not strip down like one. It has the two normal pins to split the top and bottom halves of the action, both of these have to be knocked out.

This then separates the upper and lower, the bolt can then be seen in the top half. You can then see that it is held captive, there is no hole at the back end to drop the bolt out of.

To remove the bolt assembly, both the barrel and forend have to be removed first. There are easy to follow instructions in the glossy colour instruction manual, so it’s not an issue; they also supply the two tools needed for the strip down.

Just bear in mind it looks like an AR-type gun but does not strip as easily or as quickly as one for cleaning.

The info below comes directly from Typhoon Defense Industries website:

Okay, now that you are up to speed on all of the technical stuff, let’s see just how well this thing shoots.