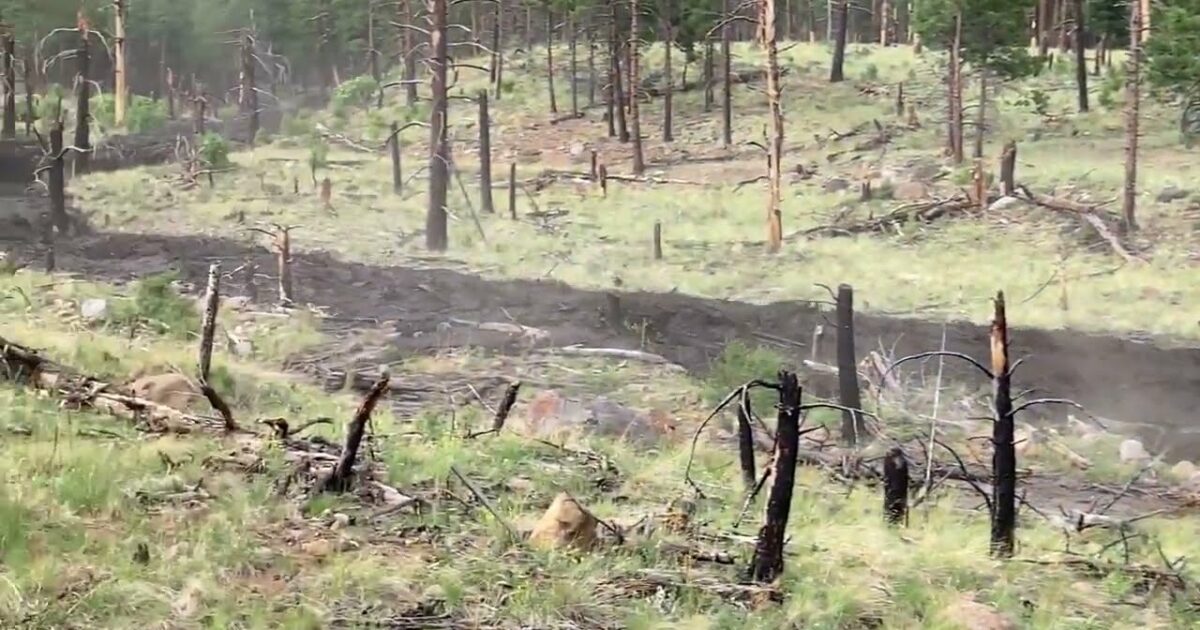 The video below comes to us courtesy of Arizona Game and Fish. It is proof positive that mother nature is in charge of the planet, not ‘mankind’. As a species, human beings are incredibly arrogant and full of themselves to think that we are so omnipotent, that we can actually control the climate. Human beings are a mere blip on the radar, compared to all of the other life forms on this planet, we are newcomers and yet somehow we think that we’re “all powerful” and our mere presence can change the climate…I don’t think so.

The first human ancestors appeared between five million and seven million years ago, probably when some apelike creatures in Africa began to walk habitually on two legs. They were flaking crude stone tools by 2.5 million years ago. Then some of them spread from Africa into Asia and Europe after two million years ago. So forgive me if I say that I doubt that in only 7 million years we have accumulated the power to change the climate, like I said, I don’t think so.

Arizona Game and Fish had this to say about the video below after they posted it on YouTube on July 19, 2022 :

This is what a flash flood in a wildfire burn scar looks like. When the Flagstaff area got over an inch of rain yesterday, a river of mud and debris surged down the Pipeline Fire burn scar on the east side of the San Fransisco Peaks.

Our officer, Tim Holt, was on the mountain helping enforce closures. While flash flooding is expected with severe burns like this, Tim said it was still “pretty intimidating” to be there as this huge rush of water came barreling down the mountain. A powerful visual reminder of how quickly monsoon storms can turn into flash floods!

After watching all that raw power, makes you feel kinda small and insignificant doesn’t it?