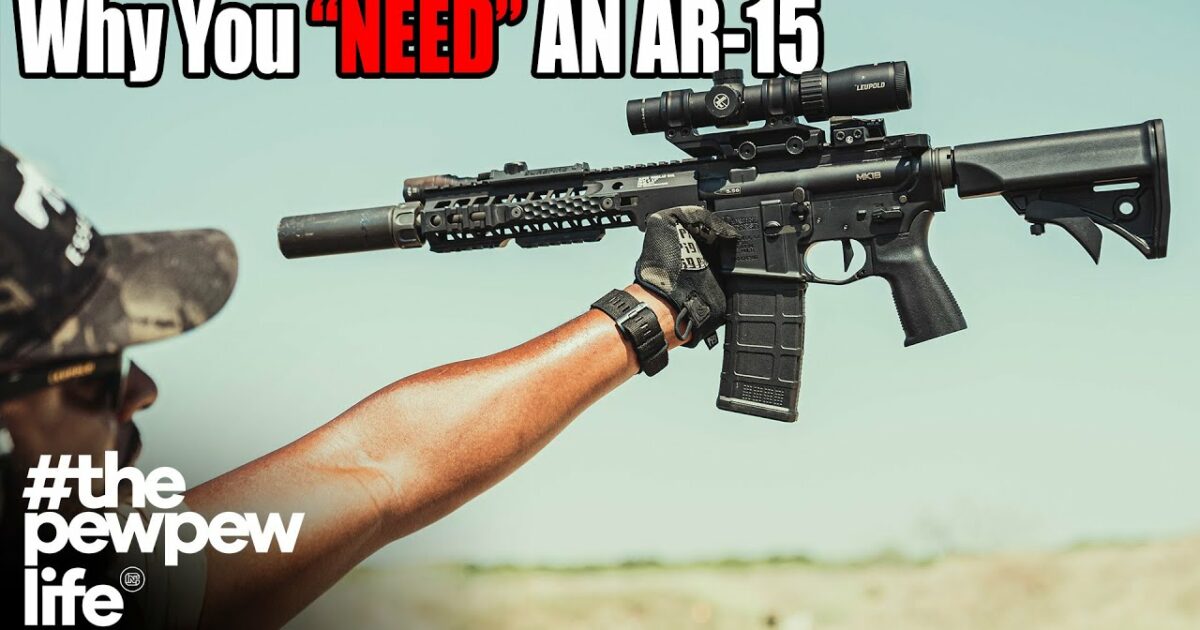 Every time a politician (especially a “Democrat” politician) opens their mouth to say “you don’t ‘need’ an AR-15”, they are either lying, or, they are incredibly ignorant about firearms, most of the time, it’s usually both.

The reason the democrats don’t want you to own an AR-15, is because an ‘armed’ population can’t be controlled and make NO MISTAKE, that’s exactly what they want.

Democrats want you UN-armed, because then you are easier to control. If they could, they would repeal the 2nd Amendment and take all of our guns away from us, you don’t think so, look what they did in Australia and look what that little tyrant prick Trudeau is doing in Canada right now as we speak.

The goal with these power hungry politicians is to completely disarm the population, after that, all bets are off and the real carnage begins. This is not paranoia, it’s just the stone cold reality. Oh, you don’t believe me? Just open a history book and see for yourself.

Colion Noir had this to say about his video below:

“Anytime you have a conversation about guns in this country, this question will inevitably come up. Why Does Anyone “NEED” an AR-15? Most people who ask this question are asking this question to truly understand.

However, everyone else who asks this question is doing so from a place of deceit because they know the second amendment is part of the bill of rights and not the bill of needs, so they know there isn’t a NEED requirement for which guns you can own under the SECOND AMENDMENT.

That said, this question comes up pretty often so for the people who genuinely want to know why you NEED an AR15 I’m going to give you the Top 5 reasons.”

The reason I like to use Colion Noir’s videos here at Great American Outdoors is, he knows just what the heck he’s talking about and every single gun owner in this great nation should listen to what he has to say.
Parler Facebook Twitter