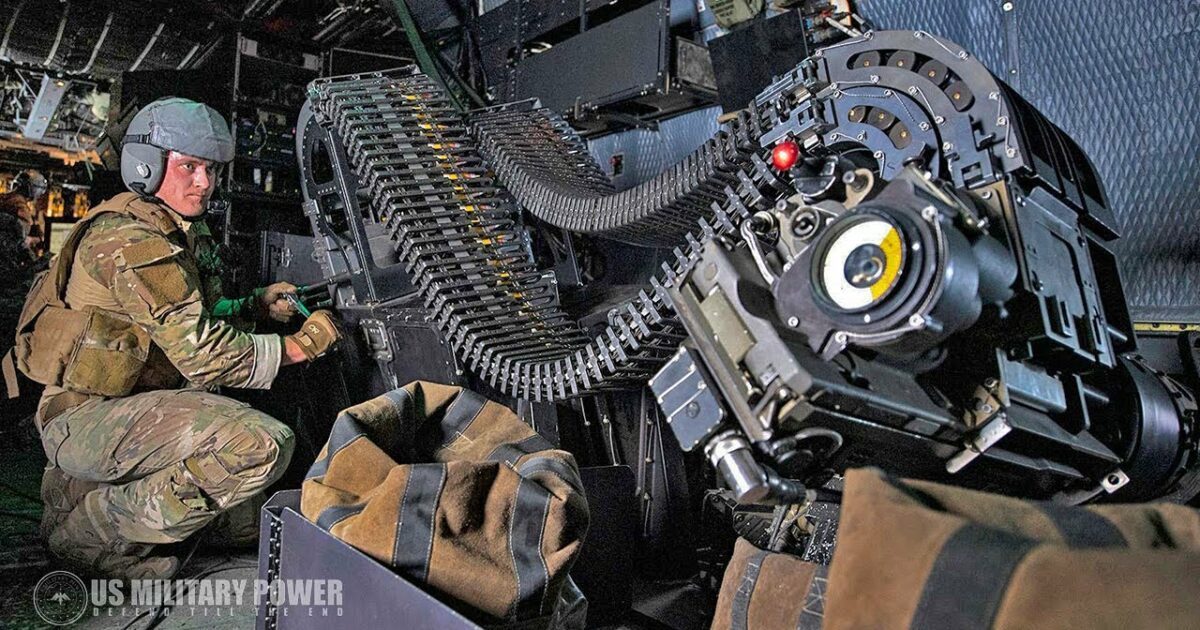 I am not an expert on aircraft, nor do I pretend to be, the only time I have come into proximity with airplanes, is when I used to jump out of them while in the U.S. Army.

I do have to admit, if I were a part of a ground force that was pinned down under fire from a hostile force, I sure would be glad to know that there was one of these aircraft above me blowing the living crap out of the bad guys!!

All of the information below comes directly from the U.S. Air Force’s own website www.af.mil:

Features:
The AC-130J is a highly modified C-130J aircraft that contains many advanced features. It contains an advanced two-pilot flight station with fully integrated digital avionics. The aircraft is capable of extremely accurate navigation due to the fully integrated navigation systems with dual inertial navigation systems and global positioning system. Aircraft defensive systems and color weather radar are integrated as well. The aircraft is capable of air refueling with the Universal Air Refueling Receptacle Slipway Installation system.

Background:
The AC-130J is the fifth generation gunship replacing the aging fleet of AC-130U/W gunships. AC-130 gunships have an extensive combat history dating back to Vietnam where gunships destroyed more than 10,000 trucks and were credited with many life-saving, close air support missions. Over the past four decades, AC-130s have deployed constantly to hotspots throughout the world in support of special operations and conventional forces. In South America, Africa, Europe and throughout the Middle East, gunships have significantly contributed to mission success.

Now let’s watch as this bad-boy does it’s thing!