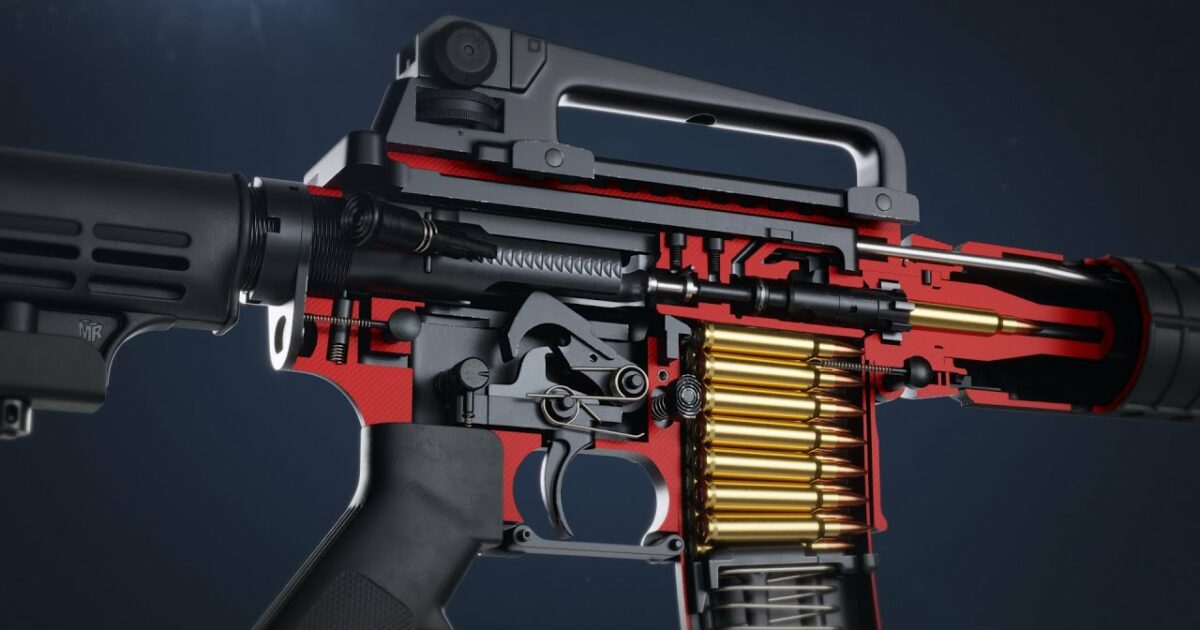 The AR-15 is America’s most popular sporting rifle and there’s a reason that it’s so popular, it’s designed well and it’s easy to shoot and maintain. There are 20 million AR-style weapons in circulation in the US, according to the NSSF. They’re part of a total 393 million guns owned by US civilians, more than the American population. Yes, the AR-15 is about as “American” as apple pie!

And because of that popularity, Joe Biden and the Democrats want to take them away from you, they come up with a veritable plethora of excuses why you shouldn’t have one, but the most popular reason is; the AR-15 is an “assault rifle” and a “weapon of war”. Well that’s a load of horse puckey, but why let the truth get in the way of a good narrative right?

The ArmaLite Rifle 15, or AR-15, is America’s most popular semi-automatic centerfire rifle pattern. But can you confidently say that you understand how this piece of Americana — this “Black Rifle” — works? Now, I know there alot of folks out there that just have to know how and why stuff works, this article is for you.

The AR-15 has a unique operating system. If you don’t understand how your firearms work, you won’t be as prepared to use, maintain, and repair them. It’s also worth understanding how firearms work so that you can effectively argue against ill-conceived legislation that threatens your 2A rights. To read more on how the AR-15 works simply click HERE.

If you would rather see for yourself just how the AR-15 works, simply click on the video below.