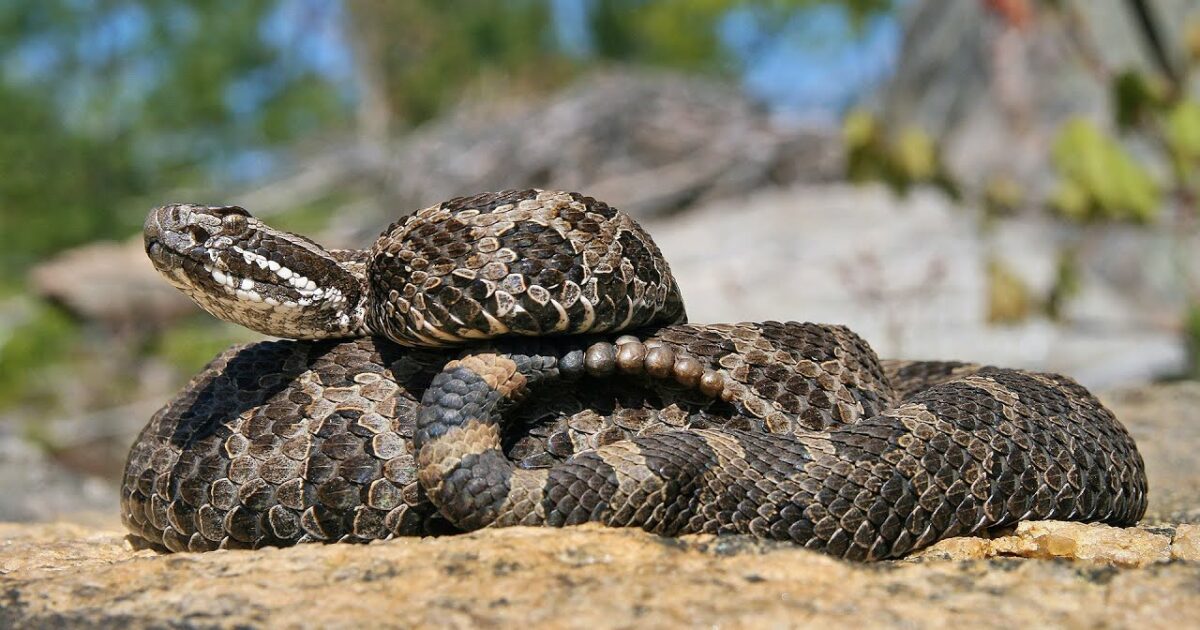 The video below comes to you courtesy of “rumble”, since rumble isn’t so uptight and has less restrictions than YouTube, you can expect to see me use more videos from them.

Rattlesnakes are often villainized, striking fear in hearts of people around the world. In fact, ophidophobia, fear of snakes is the second most common fear among people. Only the fear of public speaking is more overwhelming, or more common.

Snakes have been depicted in stories and movies as threatening and dangerous for thousands of years. They have been blamed for all manner of horrible situations, dating back as far as biblical times. With many species of snake being dangerous, if mishandled, it is no wonder that people are so fearful. But snakes are rarely a hazard unless provoked, with the exception of larger predators like anacondas or pythons.

Ontario, Canada has only one venomous snake. The Massissauga rattlesnake is equipped with a venom that could make a person ill, but only very rarely could it kill a full grown human. In almost all cases, the snake was startled, stepped on, or handled carelessly. This is a young Massassauga rattler who has taken up a position to bask on a rock beside a dock at this family’s cottage. Being well acquainted with nature, they know that the snake can do them no harm as long as they keep out of striking range and give the snake no reason to be alarmed. Snakes prey on small rodents such as mice and young rats. Humans would never be considered a food source and rattlesnakes are not aggressive, except in self defence.

Even still, nobody wants to get bitten, so it is highly recommended that long pants and shoes be worn in wooded areas in cottage country in case of events like this one. Fortunately, rattlesnakes have adapted so that they possess a hardened tail that emits a buzzing or rattling sound when they shake the tip of their tail rapidly. Unlike what we hear in movies, the sound resembles a bee buzzing loudly rather than a baby rattle in the hands of an excited child.

Rattlesnakes are extremely beneficial animals, keeping rodent populations at bay. This helps prevent the transmission of parasites and disease and helps avoid the cost of damage due to rodents in our living spaces. If you get a close look at a rattlesnake, observe it from a safe distance and consider yourself lucky. Normally shy and reclusive, it is a rare opportunity to find one out in the open like this beautiful creature.