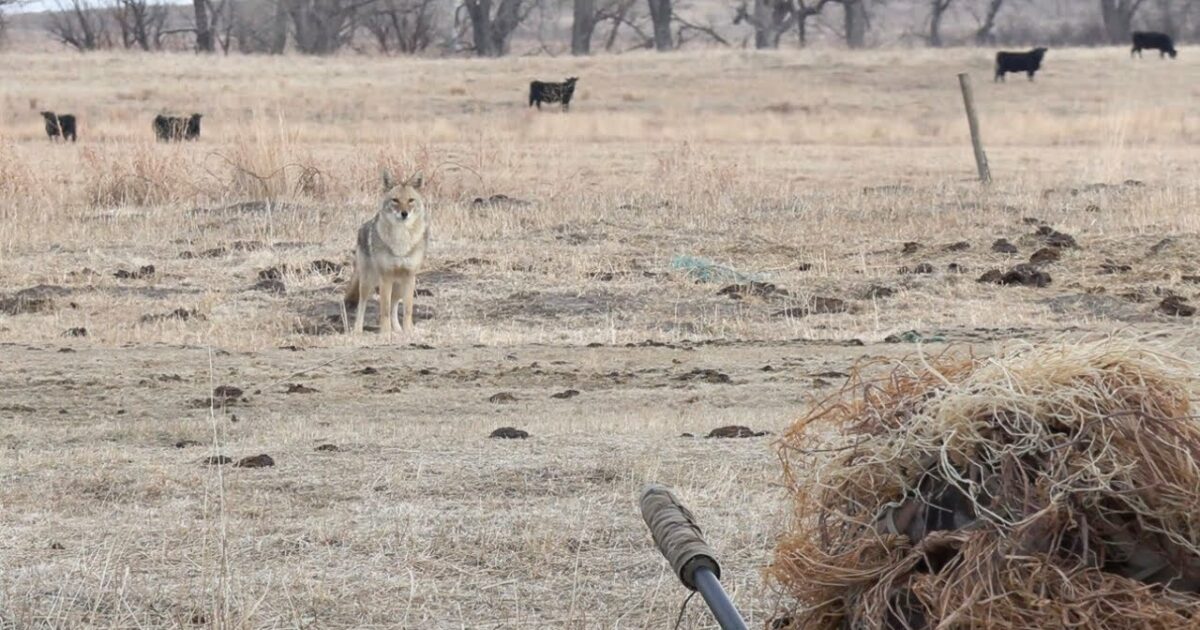 Coyotes are a constant pest to cattle ranchers, especially during calving season and it’s up to these ranchers to protect their stock any way that they can. Coyotes are very smart and tend to avoid traps that farmers and ranchers set for them, also, they have an uncanny knack for sniffing-out poison bait and avoiding it.

The easiest way to deal with coyotes, is to shoot them. To some, this may seem cruel, but when your livelihood depends on your cattle herd, sympathy for a voracious pest has no place in that equation.

As a farmland owner, or ranch manager, it’s likely you’ve got a few animals running around on your property. Cattle, sheep, and goats can all have important roles on a farm and can mean a lot to your financial well-being too.

So when you suddenly develop a coyote infestation, it’s understandable to get a little-worked up. Coyote attacks on livestock can be commonplace and devastating for small herd managers.

First, coyote effects on livestock vary by species and region. Some farm animals are more prone to predation by coyotes than others and the coyote population is higher in some areas as well.

This excerpt comes from farmprogress.com:

Mountain lions may be bigger and scarier but for sheer audacity, economic damage and adaptability the large cats can’t compete with coyotes.

“The coyote is the most adaptable predator ever,” says Jan Loven, USDA Animal Damage control specialist.

Loven, speaking at a recent Basic Ag field day in McKinney, Texas, discussed major predators that threaten livestock. “A coyote is worse than a wolf,” he said. “A wolf is bigger but not as smart. And the last time a timber wolf was spotted in Texas was in 1924.” The red wolf has also disappeared from Texas, though the biggest coyotes in the state may be descendents of red wolf and coyote crosses, he said.

Coyotes also reproduce more rapidly than most other predators. “And they protect their litters. The sister from one litter may help protect the next litter. That kind of cooperation is rare in nature. And the pups mature fast. They live in a den for just a month to six weeks.”

So, if your income depends on the safety of your stock, then like I stated earlier, sympathy for this particular predator has no place in that equation.

The producers of the video below had this to say: “Coyote Hunting, is part of our livelihood, it’s how we protect the livestock we raise for the worlds food, and how we protect other game species that we hunt for food.”

So, here’s the bottom line, if you’re a tree-hugger , you might not want to watch the video.