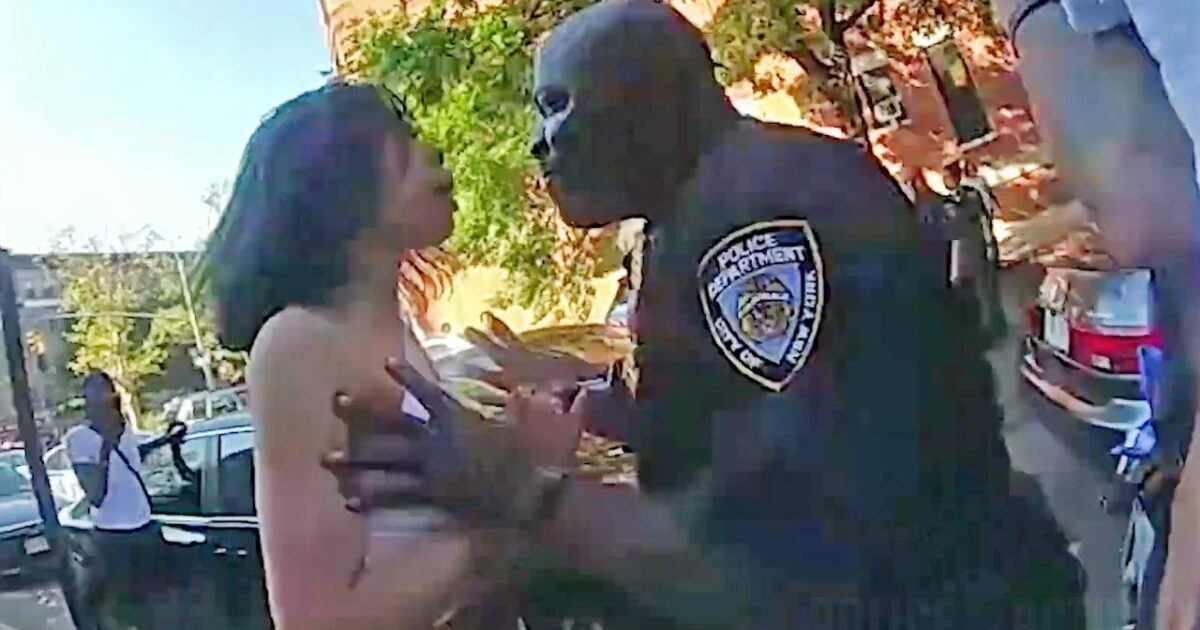 Unless you are a numbskull, you should know that it is a crime to interfere with a police officer while they are making an arrest…of ANY KIND! You don’t throw yourself in the middle of that situation, not only is it illegal, but you could put yourself and the police officer in imminent danger.

There has been a viral video going around the internet of a woman doing exactly that in New York City. Not only did she interfere in an arrest of a suspect (an armed murder suspect), she struck a police officer, she very quickly found-out that what she did was very wrong. Not only did she get the shiznit slapped out of her by the officer, but she got arrested immediately afterwards.

The police have a hard enough job as it is, but when some dumbass civilian throws themselves into the mix and tries to interfere in a lawful arrest of a dangerous suspect, there is the distinct possibility that someone could end up getting hurt, or possibly killed.

The reason I’m using this video is, I want you all to see for yourself what happened and I wanted you to know the truth regarding this situation.

New York City, New York — On Tuesday afternoon, NYPD officers from the 32nd Precinct were attempting to take 22-year-old Elvin James into custody when a struggle ensued and a crowd formed around the officers.

James, wanted in connection to an attempted murder, was reportedly carrying an illegal, loaded semi-automatic Polymer 80 handgun, known as a “ghost gun,” in his waistband. During this encounter, 19-year-old Tamani Crum, acquaintance of James began to interfere with the arrest, including striking a detective.

The detective fended off that interference and struck Crum with an open hand. Crum was placed under arrest for Obstructing Governmental Administration, remained conscious, and was transported to an area hospital at her request.

Two additional females were similarly charged with interfering with the actions of police officers during this incident. This incident, including the conduct of the detective who used force, is under ongoing review by Internal Affairs Bureau’s Force Group.