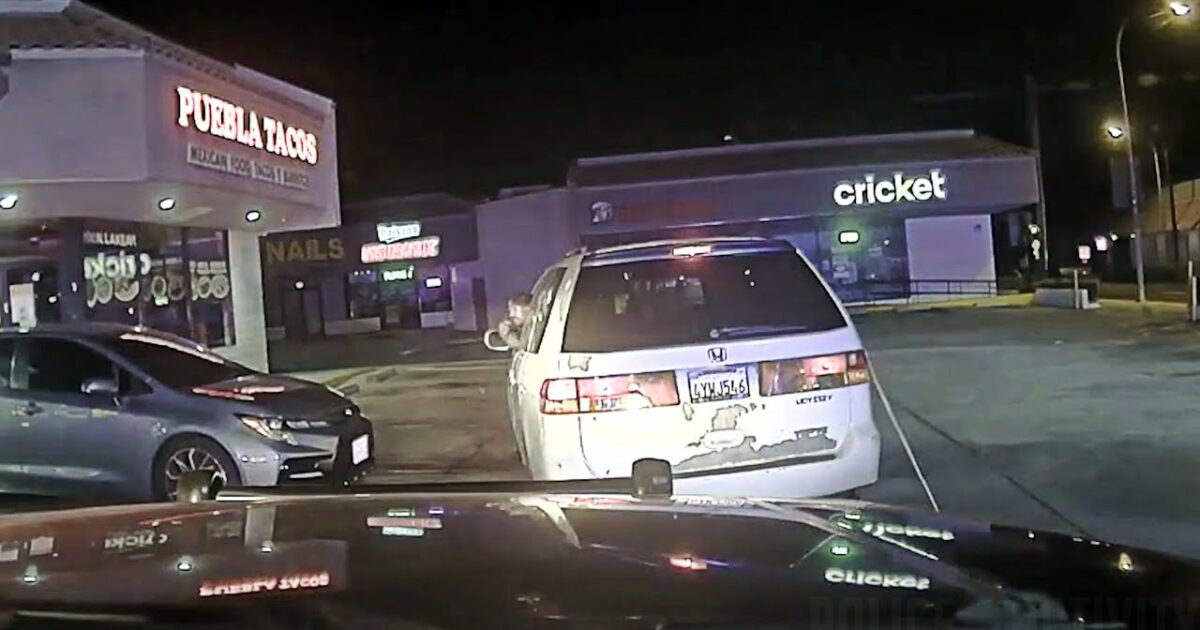 Crime is out of control in almost every major city across the country. Radical George Soros District Attorneys are letting criminals get away with murder (literally) and a plethora of many other crimes.

Violent crime has skyrocketed because the criminal element knows they won’t have to spend hardly any time behind bars thanks to the ‘no cash bail’ system that Democrat controlled cities and states have instigated across the nation.

In some states like Illinois, things are about to get even worse thanks to the “SAFE-T Act” law which will end cash bail for many violent offenses. This madness has to stop, this is why law abiding citizens have been purchasing firearms in record numbers for the last two years.

The story you’ll see in the video below is an all too common example of criminals out of control, it seems they would rather go down in a hail of bullets, than  surrender peaceably.

The man in the stolen vehicle never stood a chances of escape and he died like a dog shot to death in the driver’s seat of that stolen car. At least the taxpayers won’t be stuck for his lodging, food and medical care while he gets a vacation in prison….just sayin’.

Pasadena, California — On July 30, 2022, The Monrovia Police Department advised Pasadena Police Dispatch, they were pursuing a vehicle that had been carjacked in the City of Pasadena on July 29, 2022.

The suspect, 35-year-old Adam Youines was armed with a handgun during the commission of the crime and it was believed Youines was potentially still armed with the handgun.

After approximately 18 minutes of pursuing the vehicle, Monrovia PD relinquished the primary responsibilities of the pursuit to the Pasadena Police Department.

The Pasadena PD pursued the vehicle throughout various areas of the city before Youines pulled into a small shopping center in the 600 block of N. Lake Ave.

After several minutes of negotiating with Youines to surrender peacefully, Youines was shot and killed by Pasadena police, as the minivan moved forward.

The video is also narrated so you’ll be able to get the full story.