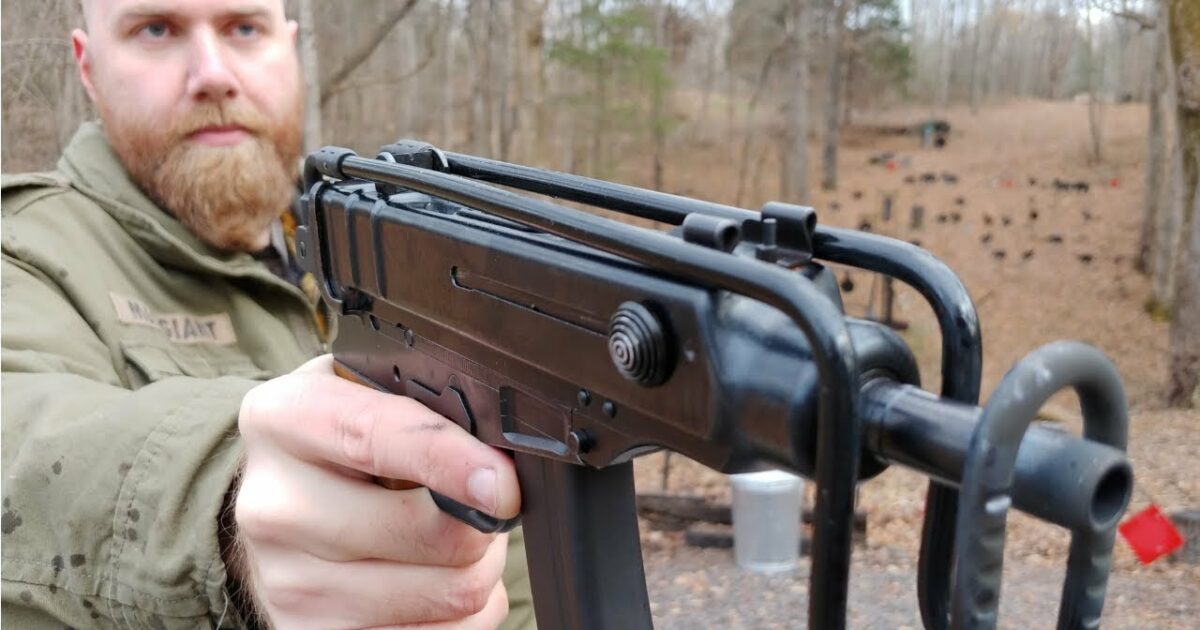 I am not in the habit of referring to a submachine gun as “cute”, but this one is, but I will add the caveat “cute and deadly”.

The Škorpion vz. 61 is a Czechoslovak machine pistol developed in 1959 by Miroslav Rybář and produced under the official designation Samopal vzor 61 by the Česká zbrojovka arms factory in Uherský Brod from 1963 to 1979.

In addition to Czech use, it was adopted by Yugoslavia, which purchased 30,000 and then licensed the rights to manufacture them (under the designation M84).

The Scorpion is a very modern gun and is one of the most modern SMGs out there. The ergonomics aren’t perfect, though. The biggest downside is the ambidextrous safety.

Ambi safeties are usually great, but the Scorpion safety has this tendency to poke into your hand and prod every time you fire the gun.

The Škorpion vz. 61 has been used by the Czechoslovak Army vehicle crews, for instance by drivers, armoured vehicle personnel and various special forces.

It is still in service around the world. Currently, the weapon is in use with the armed forces of several countries as a sidearm.

Anyway, watch the video because this gun looks like it is really fun to shoot!