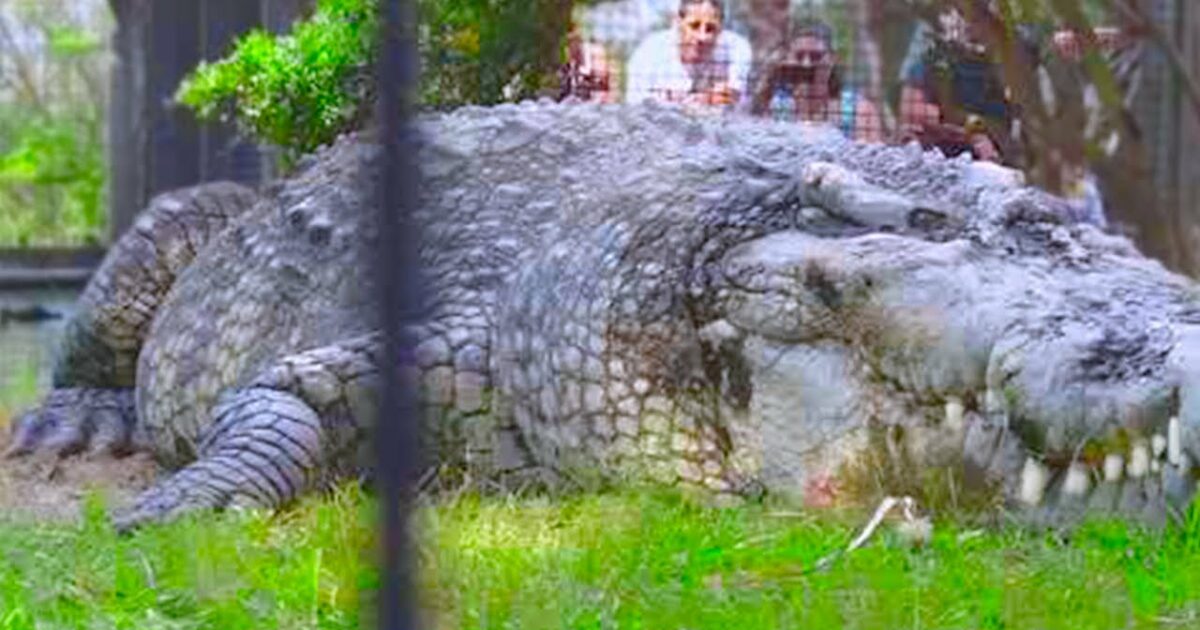 If there is one situation you never want to find yourself in, it’s in front of a hungry crocodile…when this reptile looks at you, it’s only thought is lunch and how it’s going to catch and eat you!

Crocodiles are one of the only animals that are thought to have survived the asteroid that wiped out the dinosaur population. They survived the mass extinction and thrived for hundreds of millions of years to come. Therefore, it’s safe to say, their history on earth is a long and mysterious one!

According to an article in livescience.com:

Crocodiles are large reptiles found in tropical regions of Africa, Asia, the Americas and Australia. They are members of the order Crocodilia, which also includes caimans, gharials and alligators.

There are 13 crocodile species, and they range in size. The smallest, the dwarf crocodile (Osteolaemus tetraspis), grows to about 5.6 feet (1.7 meters) in length and weighs 13 to 15 pounds (6 to 7 kilograms), according to the Zoological Society of London(opens in new tab). The largest, the saltwater crocodile (Crocodylus porosus), can grow up to 23 feet (6.5 m) in length and can weigh up to 2,000 pounds (907 kg), according to Oceana.org.

Crocodiles are carnivores, which means they eat only meat. In the wild, they feast on fish, birds, frogs and crustaceans. Occasionally, crocs cannibalize each other. In captivity, they eat small animals that have already been killed for them, such as rats, fish or mice. They also eat live locusts, according to The Australian Museum.

Here is what the producers of the video below had to say:

We all love crocodiles. At least, from a distance we do. Because the last thing you want to do is get too close to one of these huge reptiles, who are known throughout the world for their incredible strength and power, as well as a large number of very sharp teeth.

These are some of the greatest predators of all time, and they have more or less been around since the dinosaurs were here. Which goes to show just how successful they are, and how easily they can adapt.

As long as there’s a murky pool and some other thirsty animals around, then crocodiles will always have enough to eat. And they love to eat – some of them more than others it seems, and these crocs have grown to huge sizes.

From the saltwater giant to the Sri Lankan croc who got himself stuck because of his size, here’s 15 Abnormally Large Crocodiles That Actually Exist!

Anyway, enjoy the fact that you can watch these ferocious reptiles close-up from the safety of your computer!