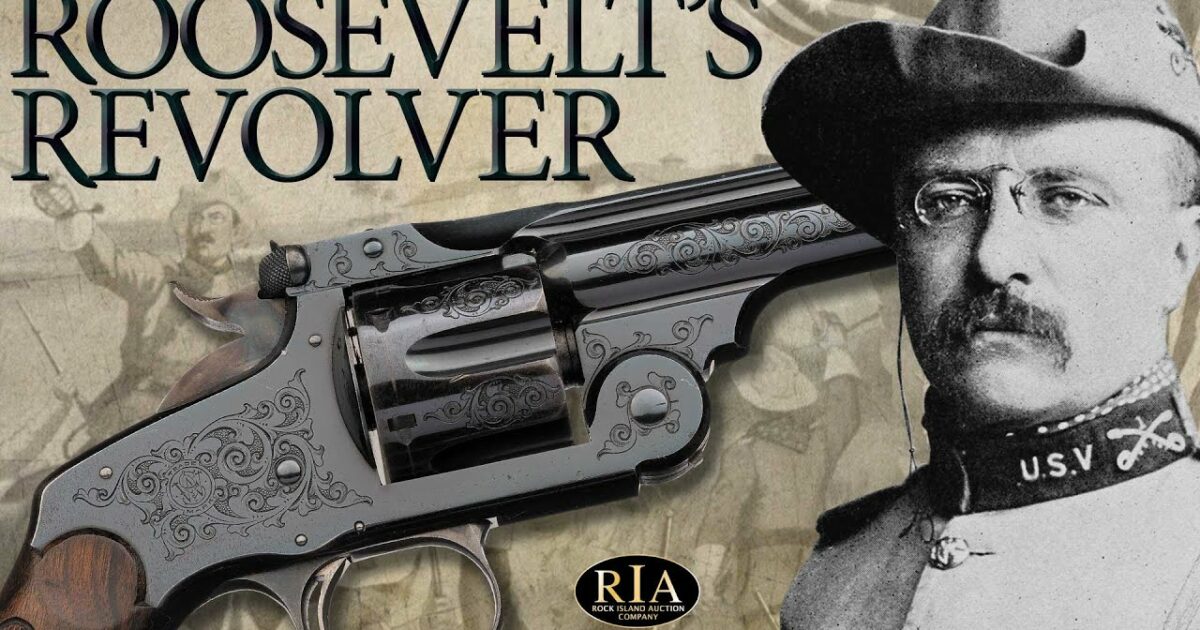 I am not a big fan of politicians, but there are two that I admire quite a bit. One was Davy Crockett. Davy Crockett was a frontiersman, soldier, politician, congressman and prolific storyteller. Known as the “King of the Wild Frontier,” his adventures—both real and fictitious—earned him the status of an exceptional American folk hero.

And the second was Theodore Roosevelt. Roosevelt was a genuine ‘man’s man’ and from the time he was born and all through his youth, you would have never thought that would be the case.

Theodore Roosevelt was a very sickly child and his mother was very protective of him because of that, but the older he got, the more determined he was to live his life to the fullest on his terms, no matter what!

Wikipedia says this about him:

Theodore Roosevelt Jr., often referred to as Teddy or by his initials, T. R., was an American politician, statesman, soldier, conservationist, naturalist, historian, and writer who served as the 26th president of the United States from 1901 to 1909.

That however doesn’t tell the whole story and unfortunately, I don’t have enough time, or space, to say everything I want would like to about this remarkable man. Did he have his faults, oh most certainly, but his accomplishments far outweigh his character defects and that’s a stone cold fact!

He was one of the most admired men in his own lifetime and that’s also a fact! But like I said, I do not have enough time to tell you of all of his great accomplishments.

The one thing Roosevelt did love, was firearms and he had quite a collection of many different types. An avid sportsman, Rancher and Big Game hunter, Theodore Roosevelt knew how to use firearms with deadly precision.

And that is what the video below is about, well not about all of his firearms, but one in particular.

The producers of the video below had this to say:

Seldom do guns belonging to U.S. presidents come to auction, and scarcer still are those belonging to men as historically significant and captivating as Theodore Roosevelt.

This superb, factory engraved Smith & Wesson is a rarity in its own right, but its iron clad provenance to Roosevelt sets it in a whole new stratosphere.

It was shipped the very same day that TR left the East Coast en route to San Antonio to take his place with the famed Rough Riders.

This Smith & Wesson No. 3 New Model revolver is a national treasure, and has the condition, embellishment, history, and rarity every bit befitting such a piece. It’s now ready to take its place as the cornerstone in a new collection.

The video below may be about one of Roosevelt’s pistols, but it’s more a story of the man and who he was…enjoy!