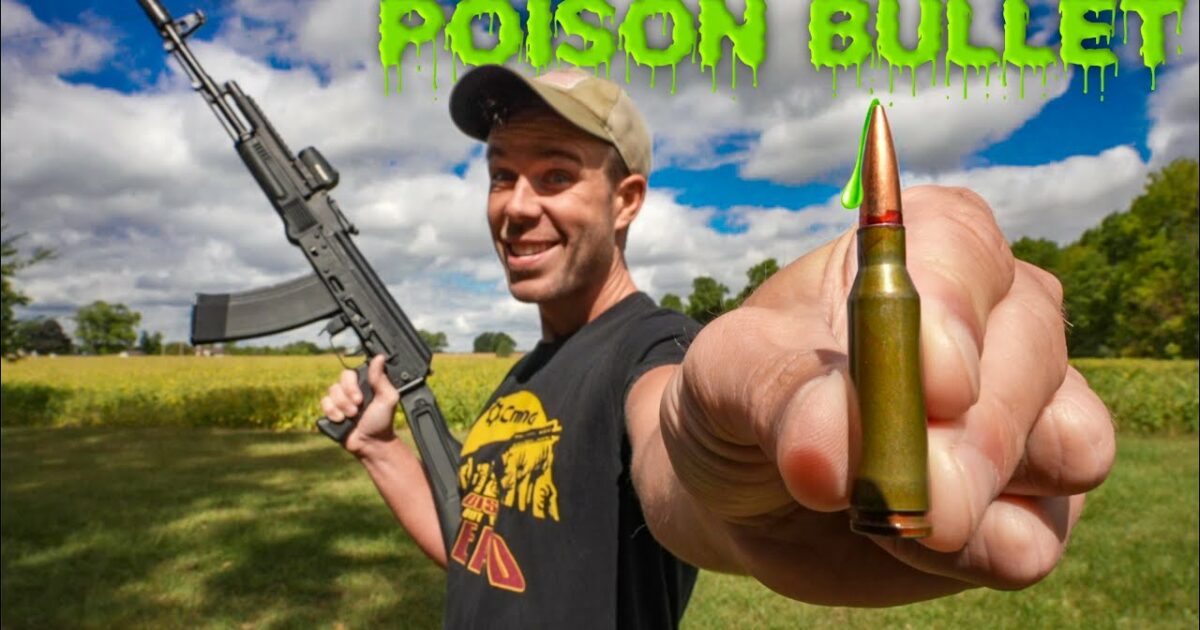 Let’s face it, nobody wants to get shot, depending on what caliber and where you are hit, it could not only hurt like all hell, but it tends to be rather messy (and that’s putting it mildly).

Speaking only for myself, I’ve been shot twice, once in my back and once in my right arm, neither wound was fatal, but it hurt like hell.

So, alot of people ask: “Just what is the ‘poison bullet’?”. Well I think a ‘visual’ is always the best explanation don’t you?

First, here’s some history on this cartridge:

The 5.45 cartridge was the result of the Soviet observations in Vietnam showing that the 5.56x45mm round used in the American M16’s. The 5.56x45mm round was small and lightweight allowing soldiers to carry more ammunition.

In response, the Soviet Union created the 5.45x39mm M74 cartridge and adopted a new rifle for the cartridge the AK-74. The M74 replaced the M47 7.62x39mm cartridge as the standard Rifle cartridge in the Russian Military.

The ballistics of the M74 round can cause tremendous wounds. First, the instability of the bullet in flight causes a tumbling effect. Then, the penetrator is ejected on impact, causing a secondary wound track. This creates a temporary cavity twice inside the target.

The M74 round is deadly and accurate. In the invasion of Afghanistan Soviet troops used the new round to great effect. The Mujahideen called it the “poison bullet”. Often when hit the victim wouldn’t die from the initial wound but would die later from internal wounds caused by the bullet.

Bullets are packed loose in 30-round paper packets. There are 36 packets per sealed sheet-metal ammo can (1080 rounds). There are two ammo cans and a large metal can opener per crate (2160 rounds).

The Russian experiences in Afghanistan revealed that soldiers often had trouble opening ammo cans quickly while in combat. The answer was to replace the cans with quick and versatile sealed packages of ammunition that could be handed out quickly.

Each Battle Pack was made from waterproof cardboard and contained four 30-round packets (120 rounds). There were 18 Battle Packs per crate (2160 rounds).

Okay, now that we have all that out of the way, let’s see just what these puppies can do.